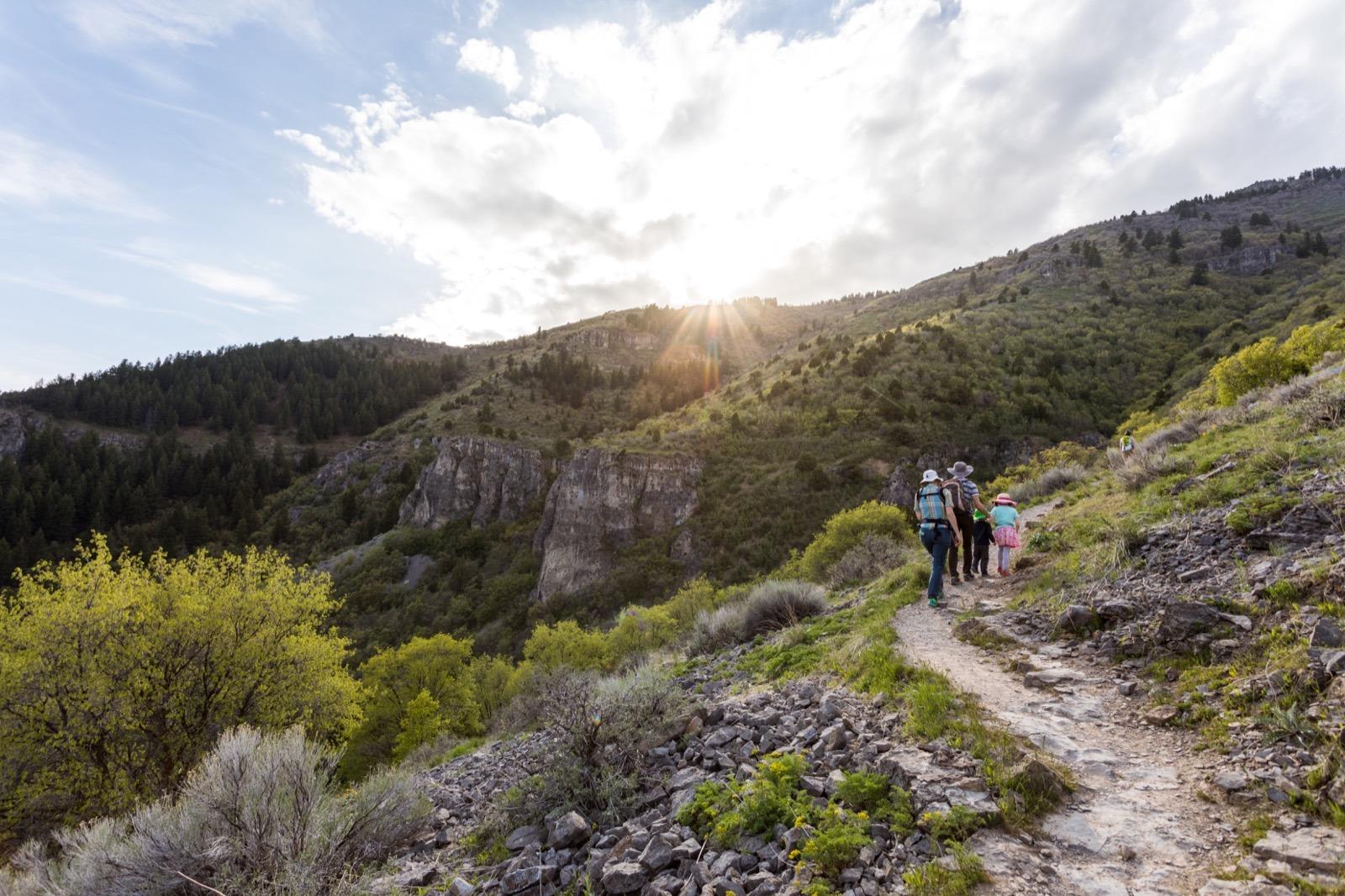 You are here: Home / Blog / Discover the Magic of Cache Valley, Utah

Oh boy, I definitely remember the first time I descended Logan Canyon and popped out in Cache Valley. I was mesmerized by the geologic stripes running along the canyon walls. When the canyon finally opened, I was looking down on a lush valley. Spires from the Logan Utah LDS Temple reached high, and were set magnificently against the steep Wellsville Mountains to the west. The low-angle sun stretched through the valley, and as I entered Logan I felt a sense of ease. I was very excited to explore the valley with a bit more time this spring: from the outdoors to the cultural heritage of the region.

This article was created in partnership with Explore Logan and the Cache Valley Visitors Bureau, Utah. All photos by Emily Sierra Photography. 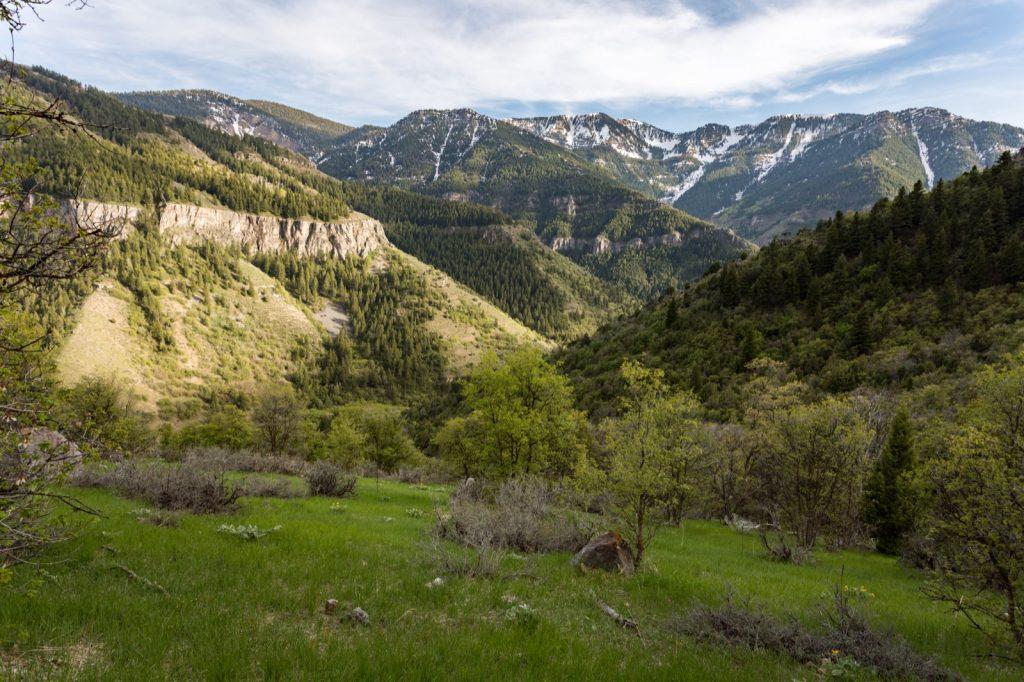 Cache Valley is a world away from the red rock desert in the south. The mountain oasis does offer incredible geologic formations, but without the oppressing heat. There are plenty of rivers and lakes to dip in during the summer and eateries and cultural happenings year-round. 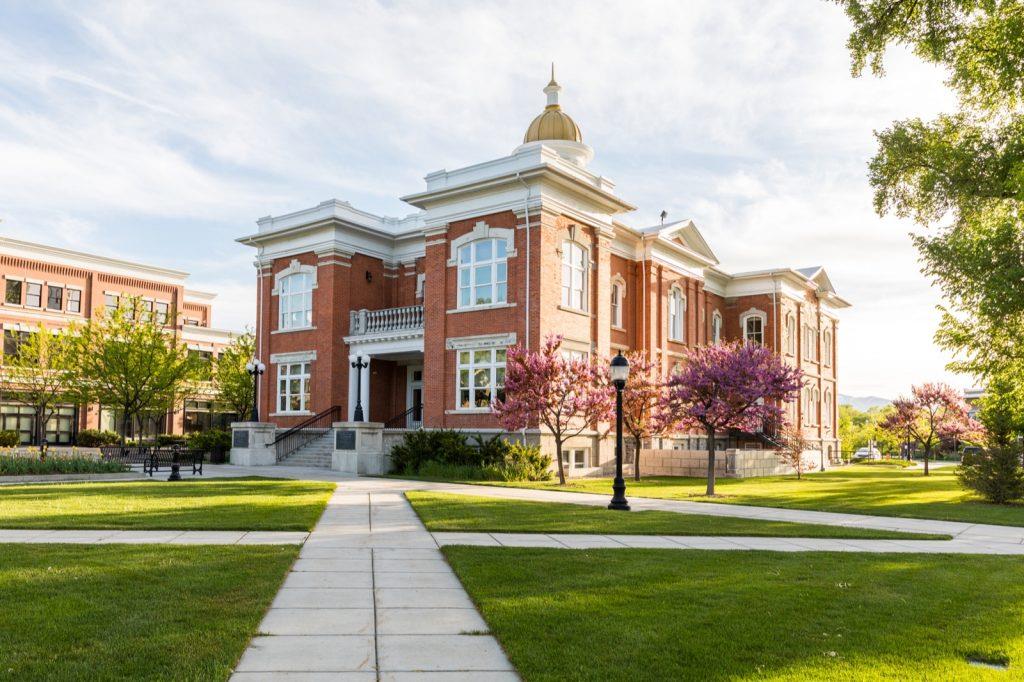 The road through Logan Canyon winds along the river, while trees softly dance overhead. Limestone cliffs tower over the canyon, offering habitat to a wide range of plant and animal species. Caves and other formations are visible along the drive, especially that of Logan Cave which releases a lovely cascade of water reaching for the Logan River. Along the way, there are several pull outs, trailheads, picnic areas and campgrounds. Keep your eyes peeled for informational markers as well, recalling early pioneers and filling you in on details about the scenery around you. 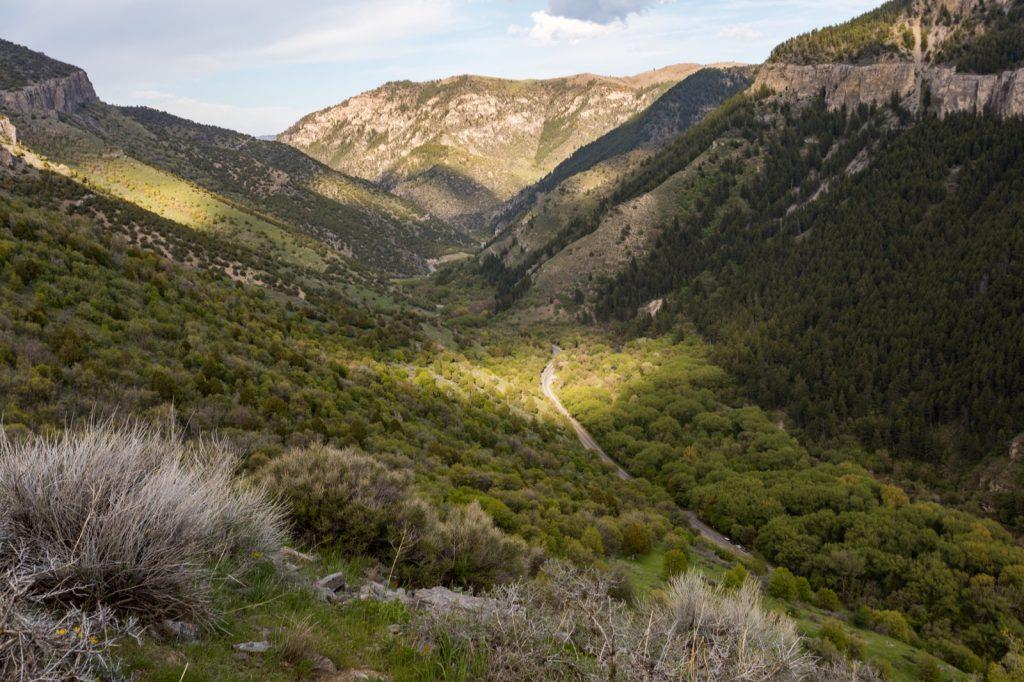 Hike to a cave

Wind and water eroded the striking arches that formed the Wind Caves. It’s only a two-mile hike, but it climbs the canyon steeply. Fortunately, dramatic views of the surrounding canyon encourage hikers all along the way. I found myself taking a photo early on, only to catch a better glimpse a short bit higher. This continued until I finally reached the cave! It’s a quick hike, and totally worth the effort for this geologic wonder. 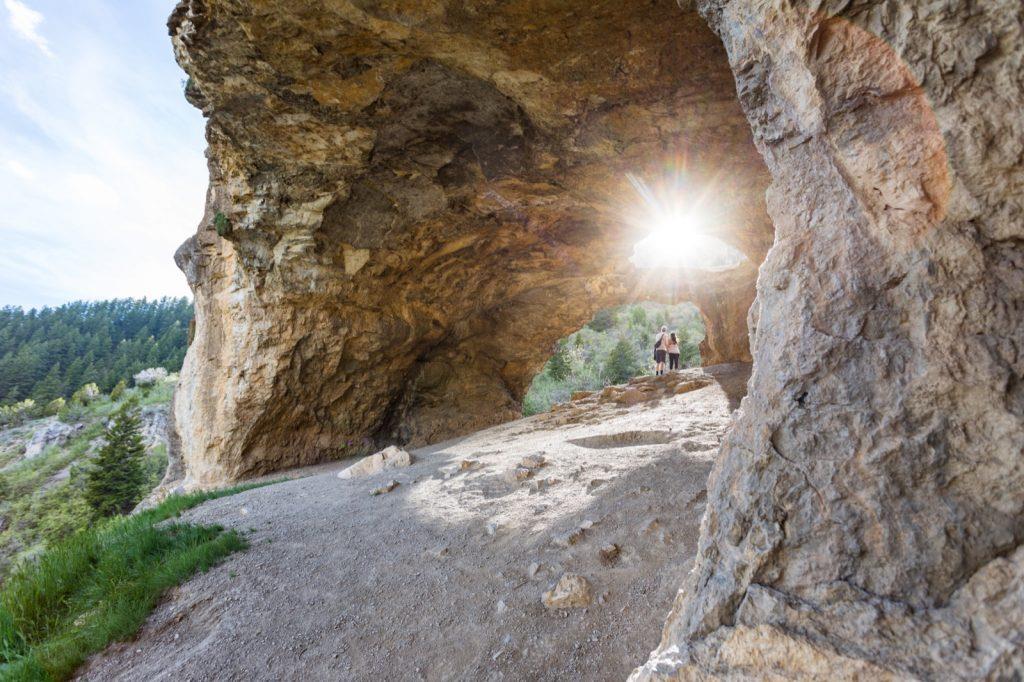 Bike along the river

From my hotel at the University Inn, I could ride my bike down to the scenic River Trail. A new sidewalk along the highway ensured that I never had to pedal alongside cars, and once on the dirt/gravel river trail, I rolled swiftly along. I passed several other groups of trail runners and families enjoying the outdoor air. Getting on the trail was easy, and at less than 10 miles roundtrip, it was an approachable morning bike ride. 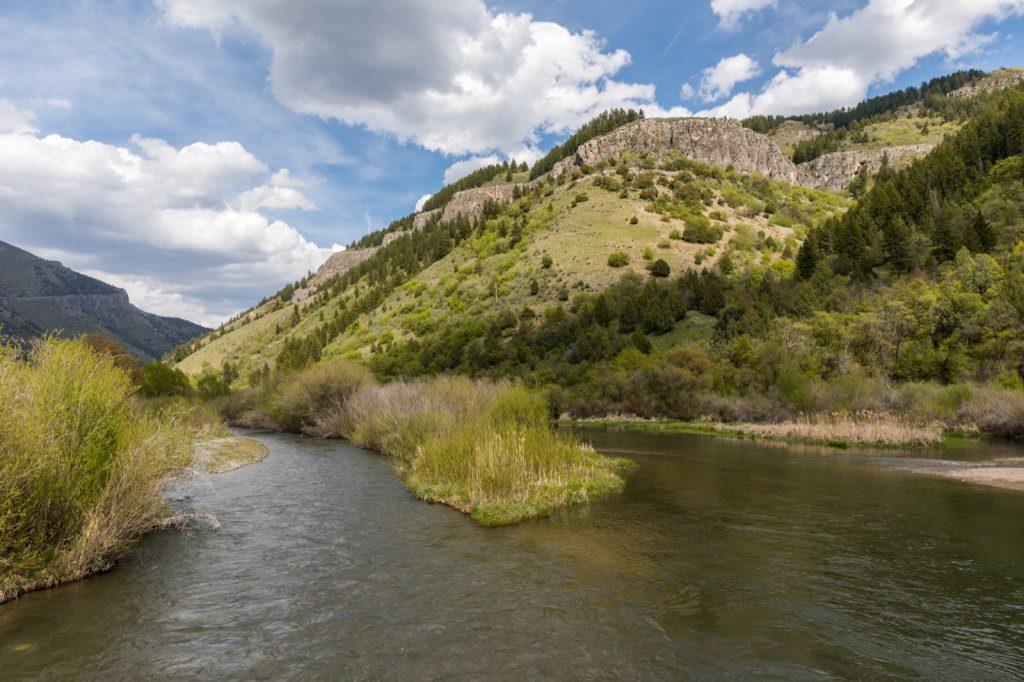 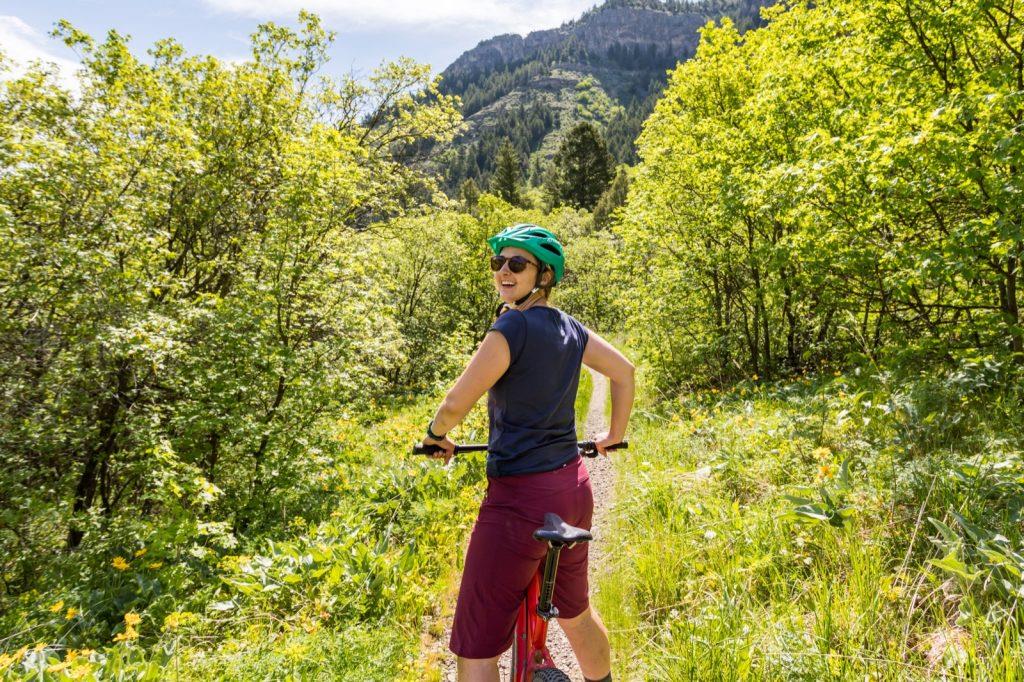 Step back into the 1800s at the American West Heritage Center in Wellsville. Through stationary and interactive exhibits, I came to better understand early pioneer life in Logan and Cache Valley. The center also hosts numerous events and festivals throughout the year to further engage with visitors. During my visit, I was lucky enough to see baby bison romping around with their herd, as well as a full-blown peacock mating display! 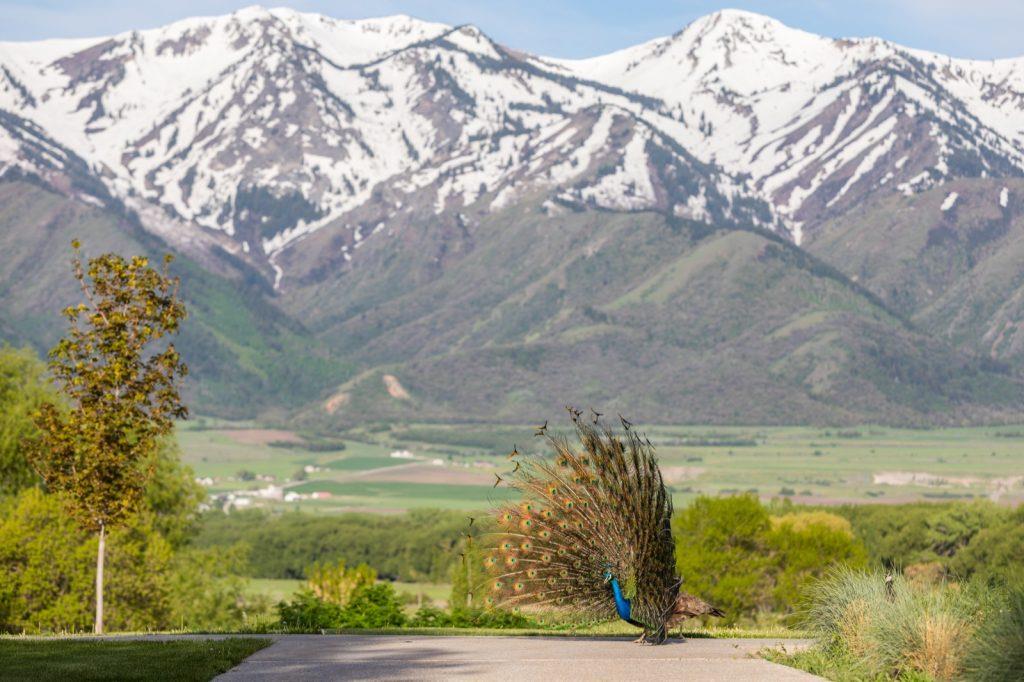 Thespians in Logan joke that if there’s a stage in the area they’ll perform on it, and if there’s not… they’ll perform on it. With more than 10 different performance venues in Cache Valley, there are hundreds of touring and locally produced productions every year. You can catch live music, Broadway shows, concerts and even magic shows. There are three historic theaters in a one block radius of Logan, each with distinctive charm. 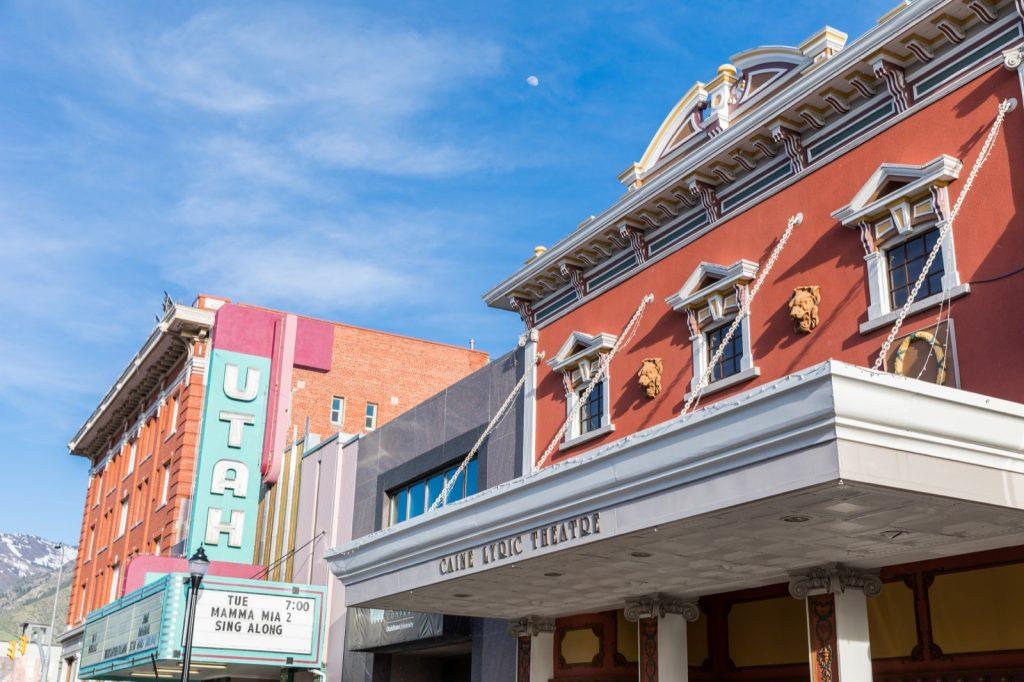 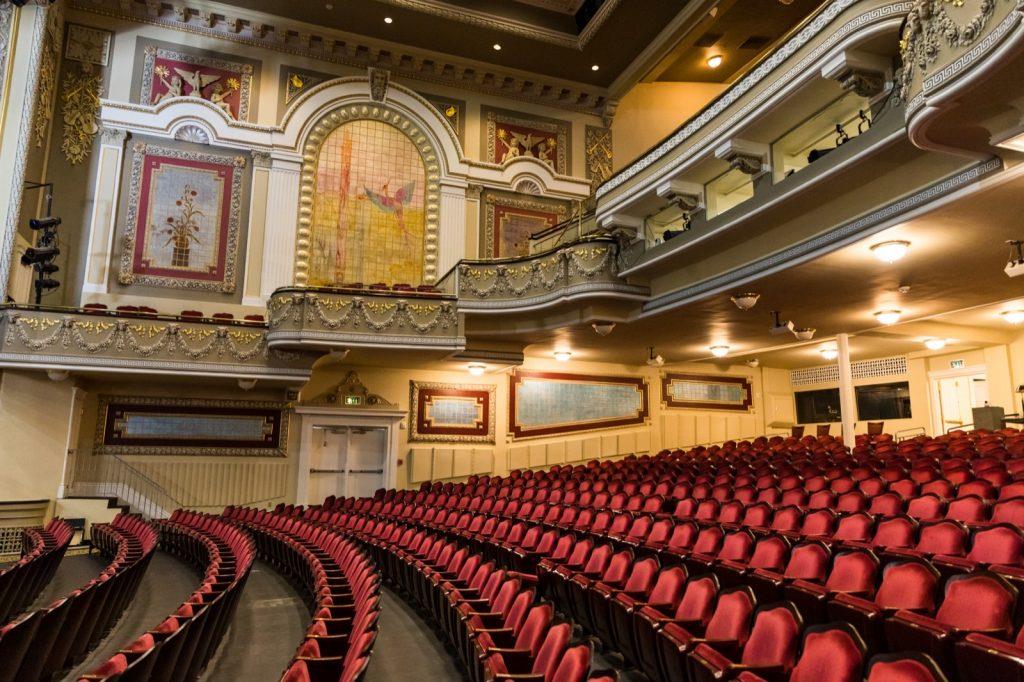 The Nora Eccles Harrison Museum of Art sits on the hill of the Utah State University Campus. The well-curated exhibits emphasize modern art in the American West, spanning over 5,000 different works of art. While I visited, I particularly fell in love with the musical installation of Klompen. The sculptural installation consists of 96 Dutch wooden clogs that play a different rhythmic pattern each time the sculpture is activated. 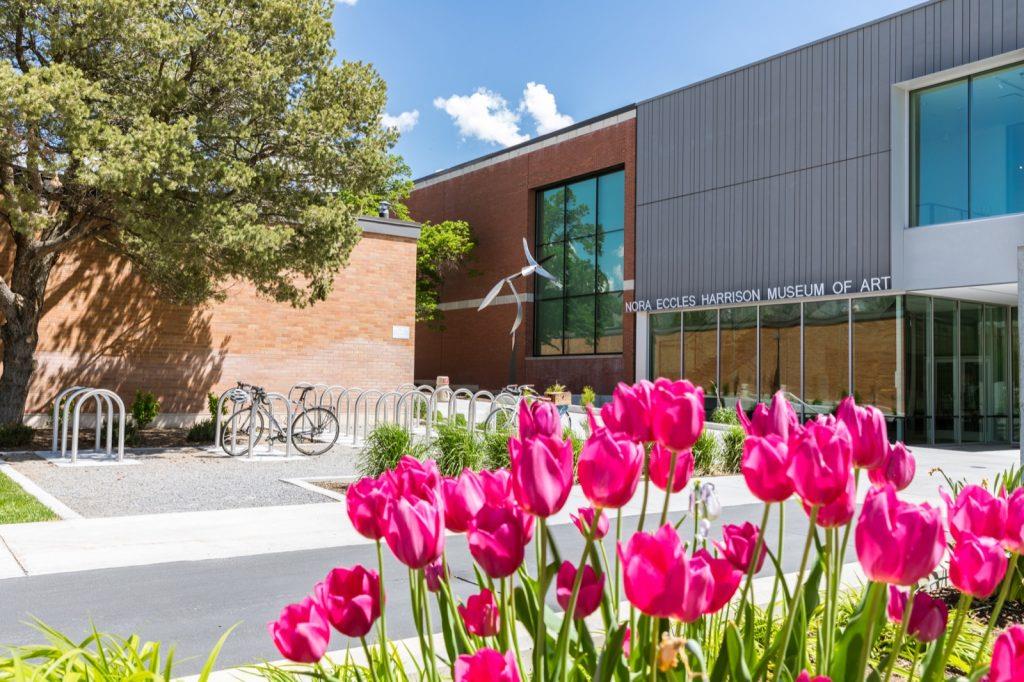 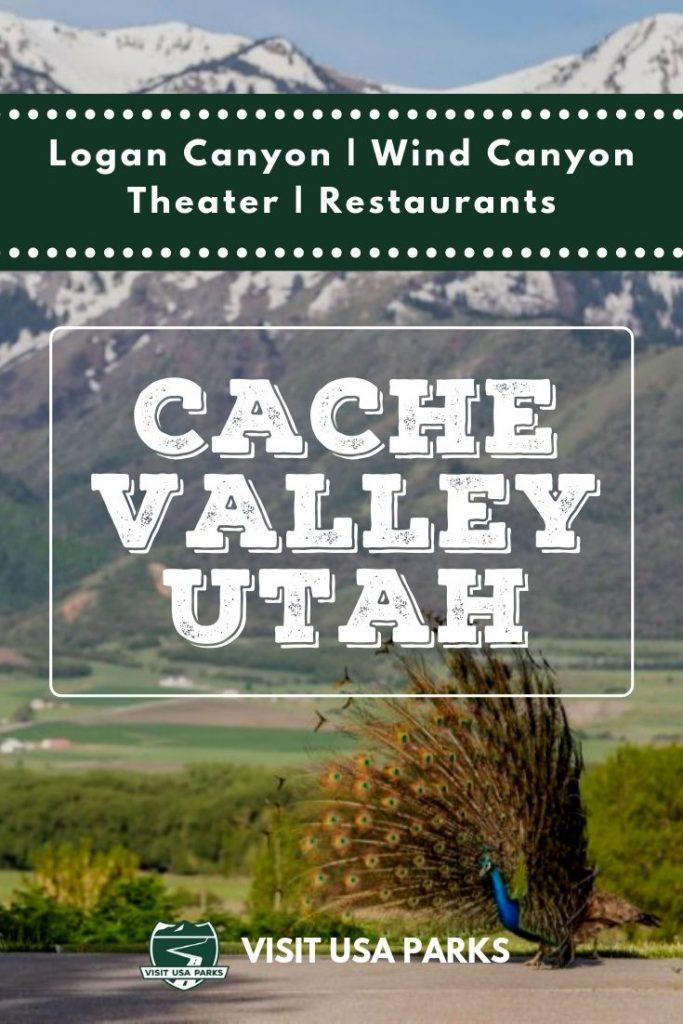