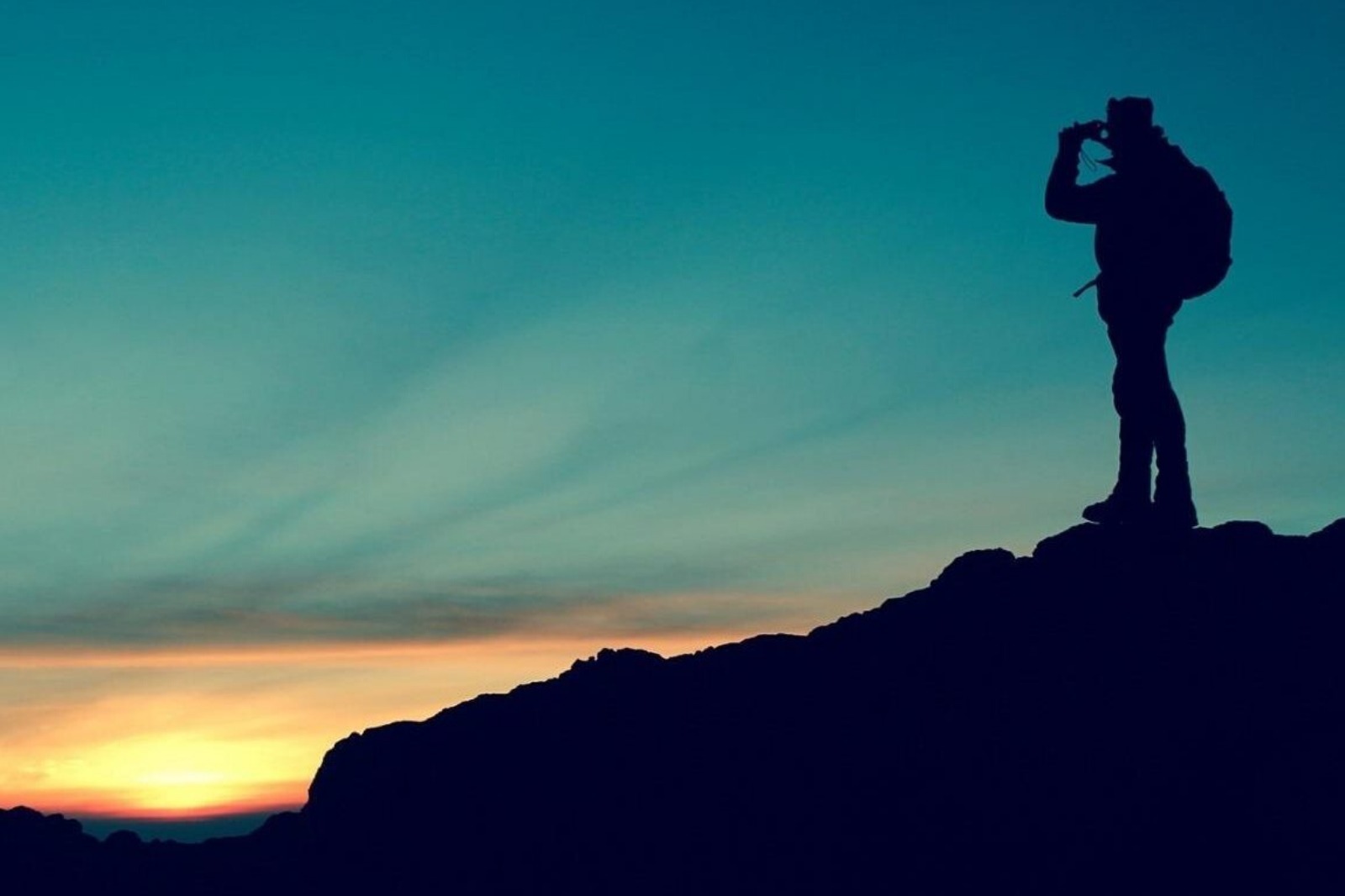 You are here: Home / Travel Tips / The 6 Least Visited National Parks in the Lower 48

From the Atlantic to the Pacific, the United States has 61 national parks that feature every kind of geographic location imaginable. From deserts to oceans, grasslands to mountains and everything in between. The most visited national parks boast millions of visitors every year, and I bet you can guess the names.

Summer trips to these well-visited parks are on the bucket list of many people, which is great, but more people means more cars, more noise, more traffic, high fees and all the trappings of a big city, existing in these wilderness settings.

Looking for a less crowded experience? We don’t blame you. Try out these six least visited US national parks in the lower 48. We guarantee you’ll find beauty with a little bit of elbow room thrown in for good measure! 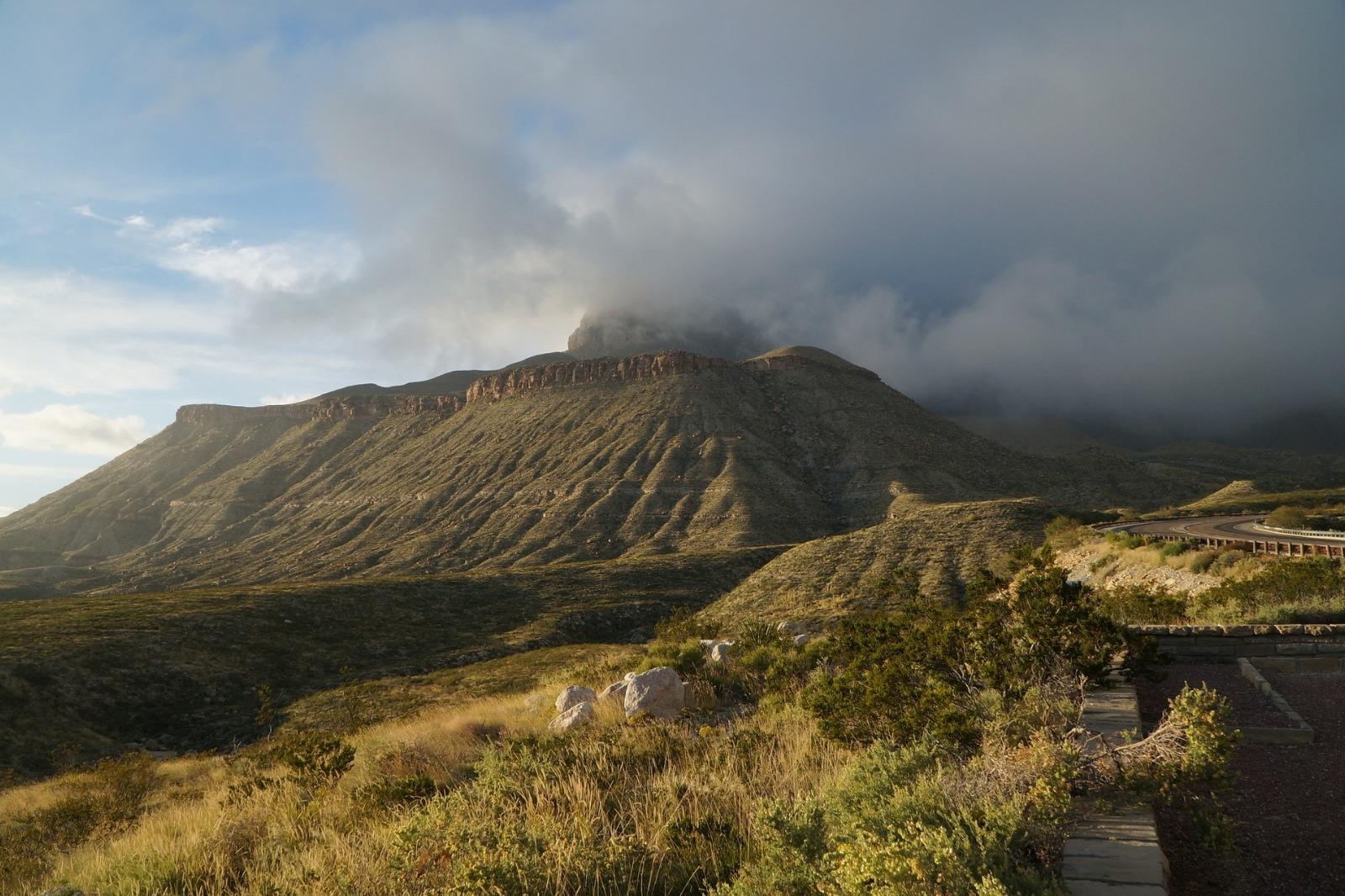 With three distinct ecosystems, miles of hiking trails and the highest peak in Texas within its borders, Guadalupe Mountains National Park (GMNP) is a well-worth it road trip destination that sits just off the beaten path. One of the great things about GMNP is the sheer number of trailheads that take can take you on any amount of day hikes, including the exquisite McKittrick Canyon. The steep, towering walls of McKittrick Canyon protect a rich riparian oasis in the midst of the Chihuahuan Desert. GMNP is also considered a geology buff’s dream. The park protects the world’s most extensive Permian fossil reef. And if you know what that means, then you are probably pretty excited right now! 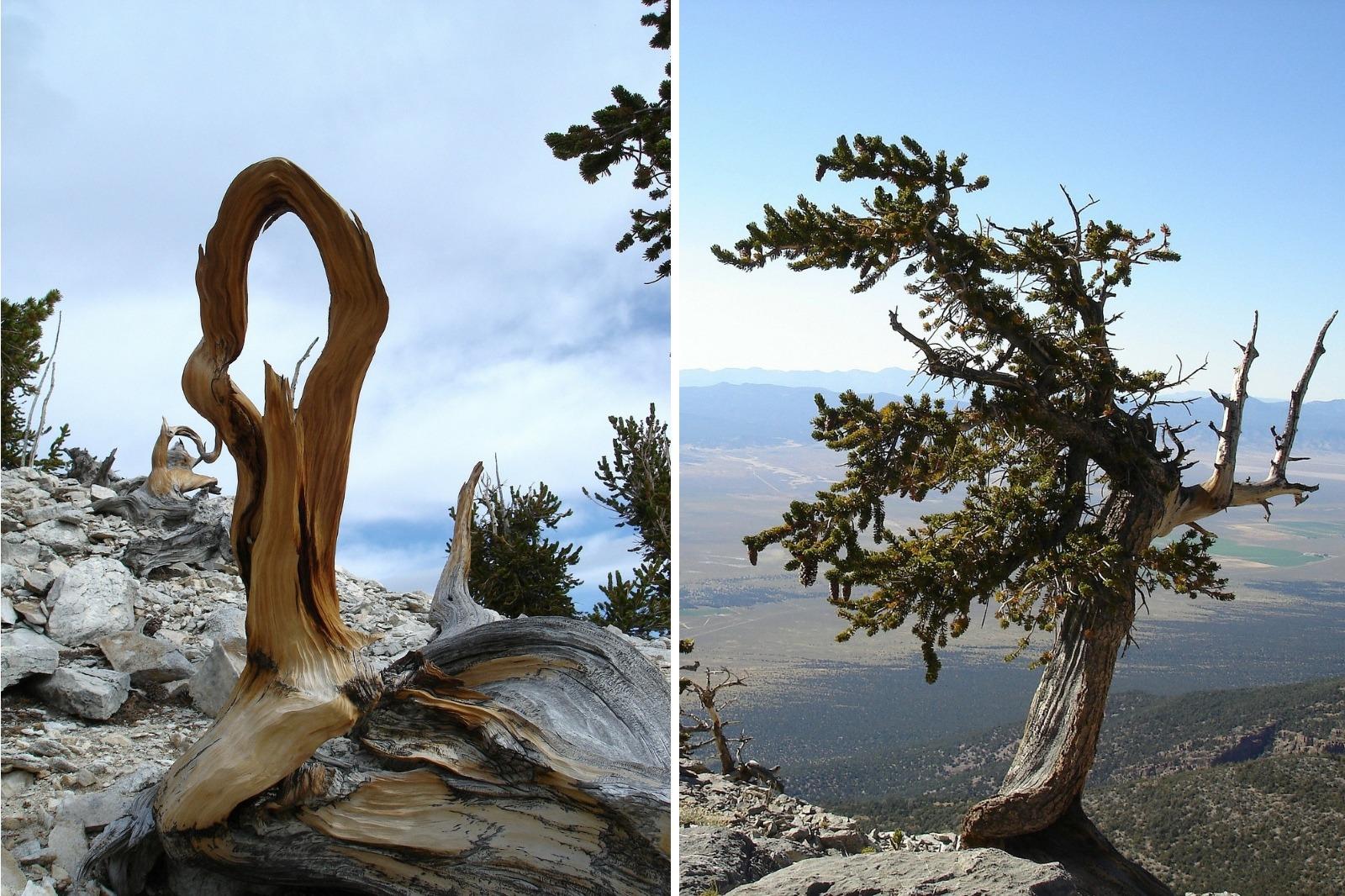 Have you ever seen a 5,000 year-old tree? Would you like to? It won’t be a problem if you visit Great Basin National Park. Based around Nevada’s second tallest mountain, Wheeler Peak, Great Basin National Park is a vast expanse of desert ecology which does not exist in this capacity anywhere else in the world. Found in isolated groves just below the tree-line on Wheeler peak, these ancient trees grow in twisted defiance to the onward progression of time. And speaking of the infinite, due to its extremely isolated and remote location, the park has some of the country’s darkest night skies.  This makes it the perfect park for stargazers. 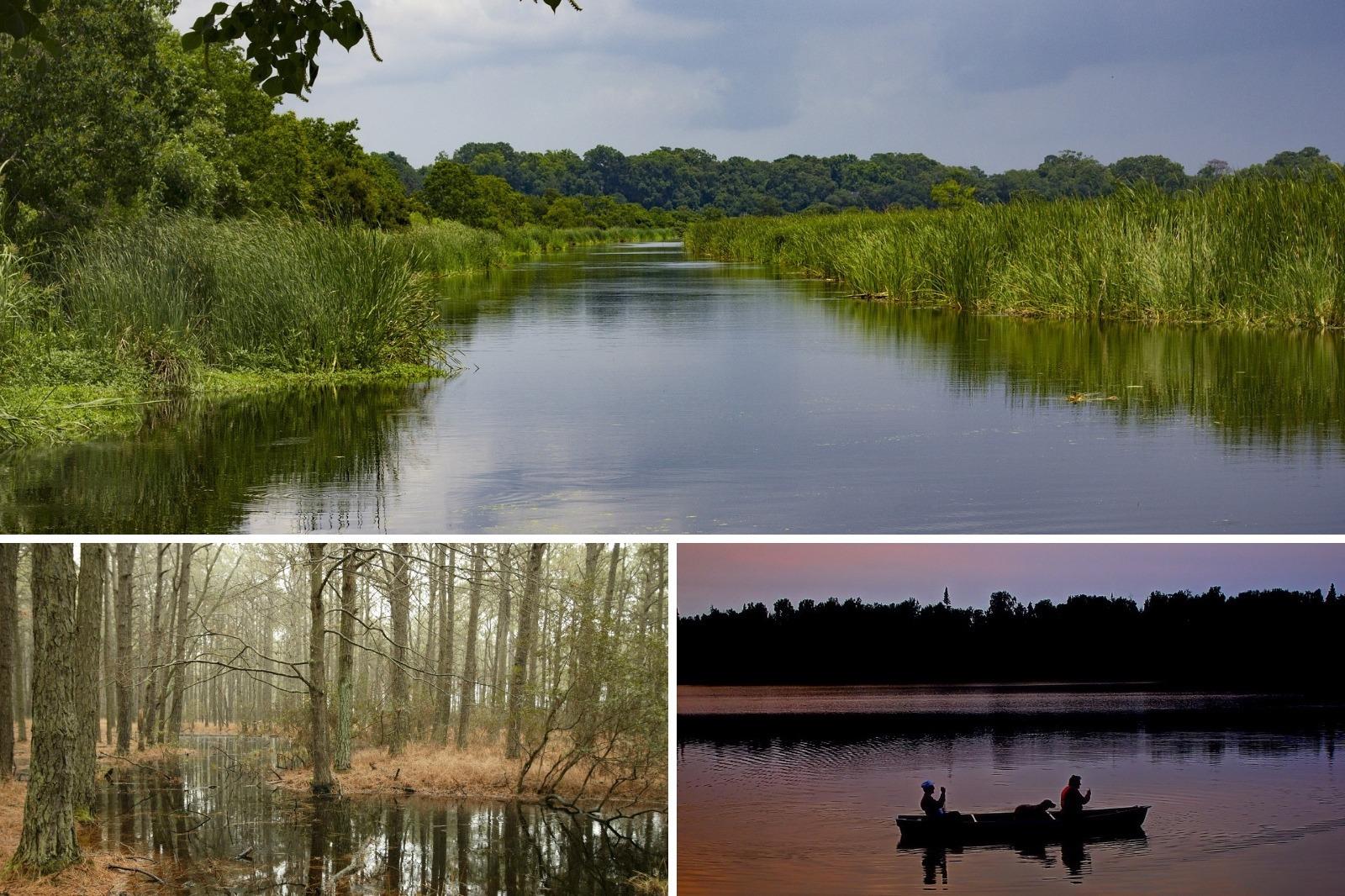 Since being declared a National Park in 2003, Congaree National Park has seen a limited number of visitors each year, which is a shame considering it has the largest intact expanse of old growth bottomland hardwood forest remaining in the southeastern United States.

One of the greatest things about Congaree is the Cedar Creek Canoe Trail. The canoe trail is a one-of-a-kind marked trail that winds its way through one of the largest concentrations of champion trees in the world.  These tallest known examples of 15 different species are accessible only by paddle, a shallow draft and an adventurer’s spirit. 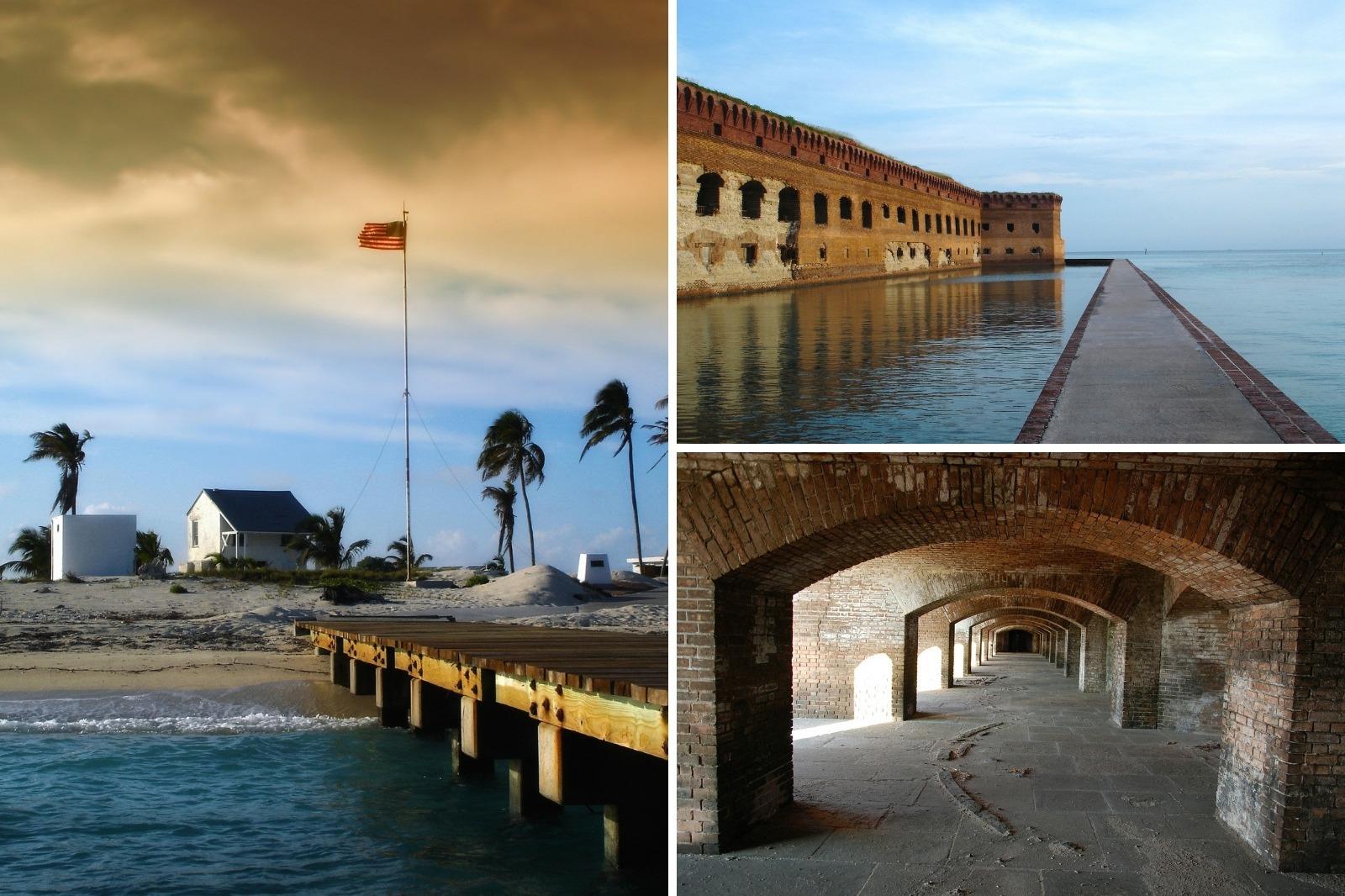 Looking for a little beach getaway with a whole lot of American History? Dry Tortugas National Park (DTNP) has what you are looking for. I don’t think we would be really going out on a limb here when we say that DTNP is one of the most unique of the national parks. Located 70 miles west of Key West Florida, DTNP is only accessible by plane or a daily ferry. Or I guess you could swim there . The point is, DTNP is completely surrounded by the crystalline blue waters of the Gulf of Mexico. This park is perfect for visitors who love snorkeling in one of the greatest undisturbed marine environments in the lower 48.

Camping is available on Garden Key within the park, and is well worth the time and effort. The stargazing is incredible, and you get to do it while camped on a tropical beach. For you history buffs out there, welcome to Fort Jefferson. A massive but unfinished coastal fortress, Fort Jefferson is the largest brick masonry structure in the Americas. Composed of over 16 million bricks, the fort was constructed in 1861 to control shipping in the Gulf. The building covers 16 acres. Among United States forts, only Fort Monroe in Virginia and Fort Adams in Rhode Island are larger. 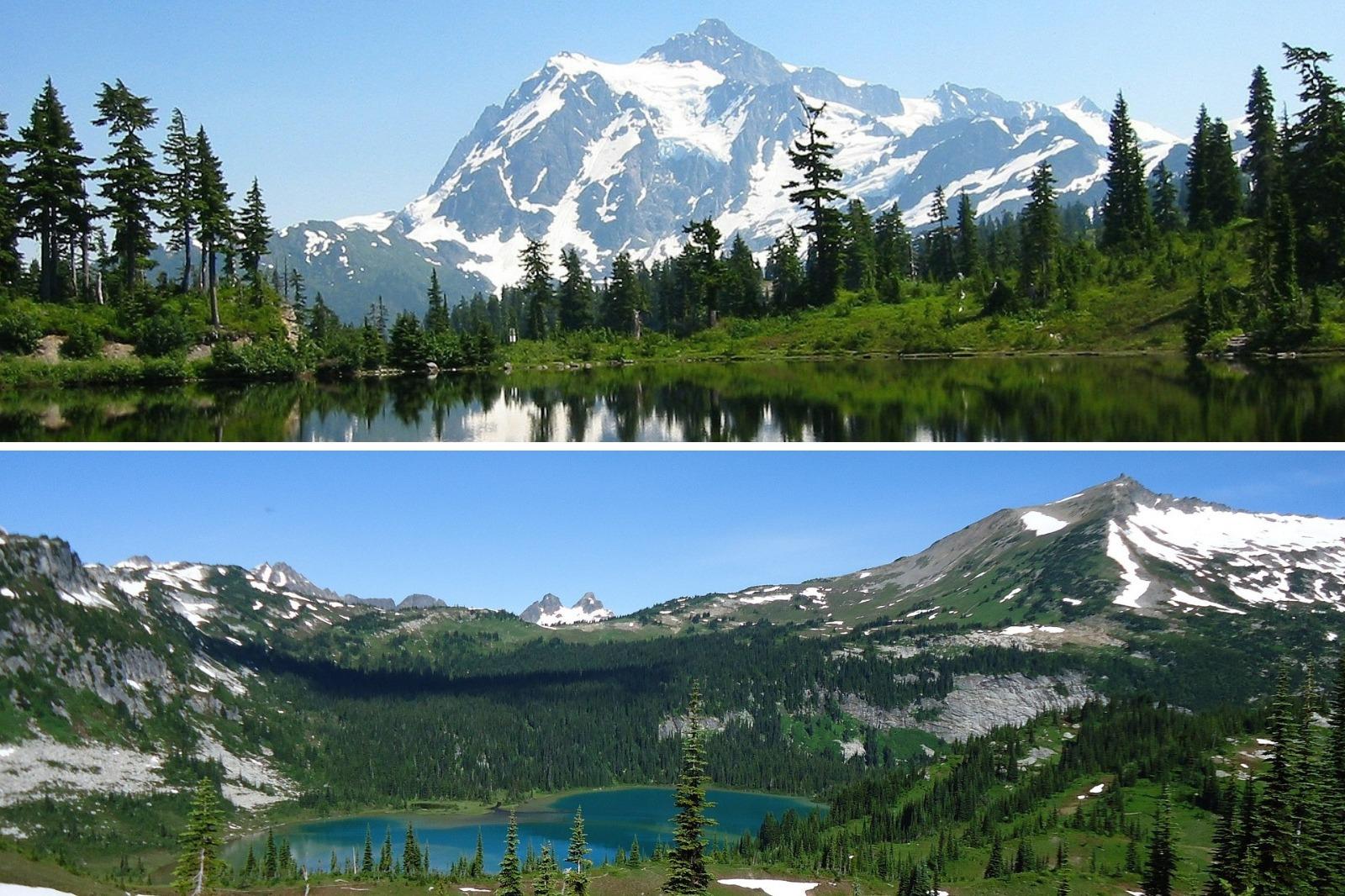 There is no real good reason that the North Cascades National Park (NCNP) should be on the list of least visited national parks. Located just three hours from the bestirred metropolis of Seattle, NCNP is close enough to a major population center to be busy, but the North Cascades just don’t want to be busy, the North Cascades prefer to be by itself. Nearly the entire 500,000 acres of the park are designated wilderness. You cannot drive to any campsite in the NCNP; you have to walk there. Meaning if you like your solitude, this is the park for you.

What makes NCNP unique is that it is the only national park that doesn’t have some kind of visitor center or other amenities. Most of the access to the park is through the surrounding national forests or the Ross Lake National Recreation Area. Once inside the park, the sense of wilderness is truly wondrous. With over 300 glaciers covering jagged lofty summits, alpine lakes, ponds, streams, rivers and forested valley floors, NCNP is the seeming definition of untrammeled. The park is also very popular with mountaineers who thrive on the un-obtained heights and technical granite that the park has to offer. 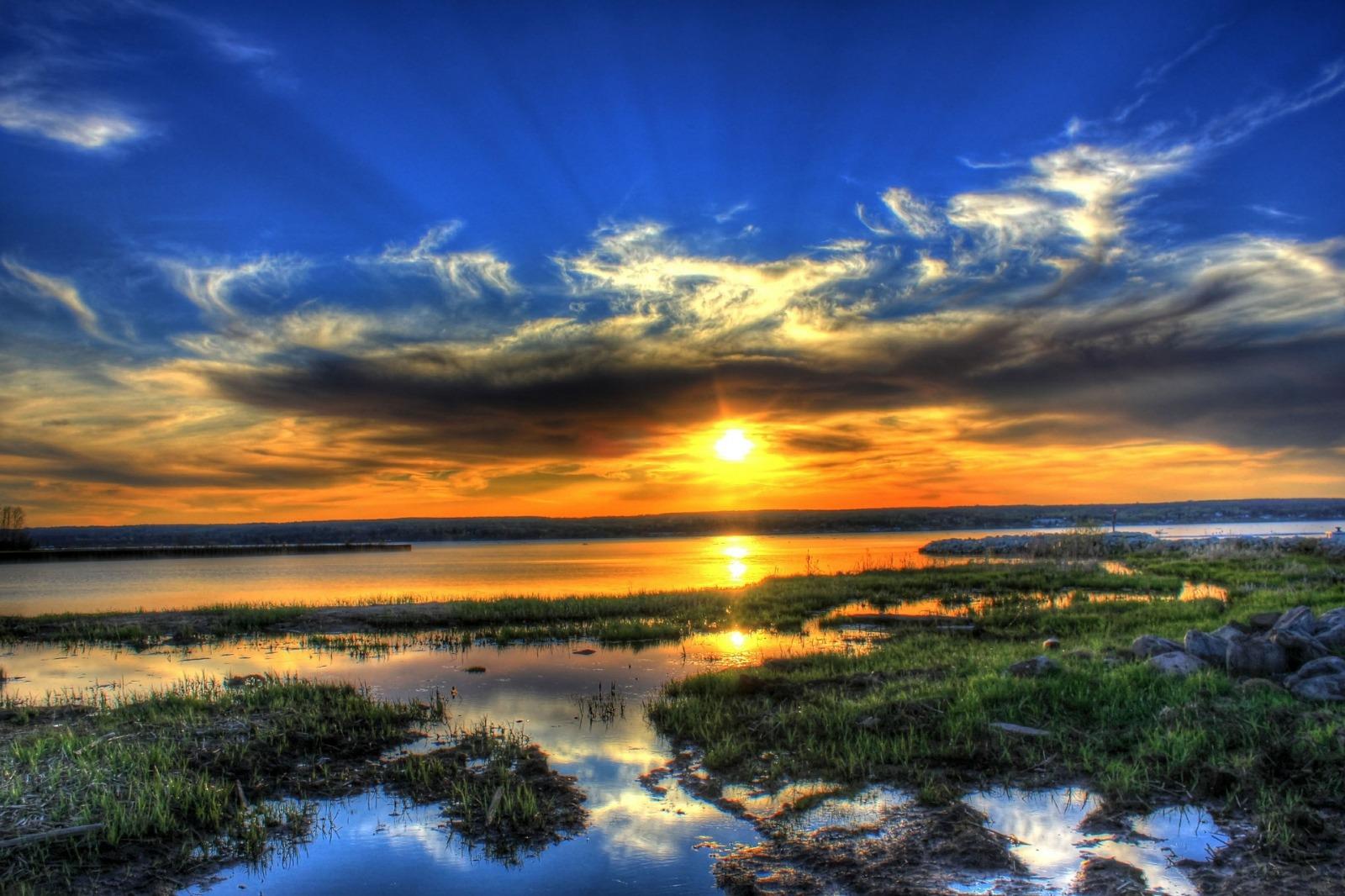 Poor old Isle Royale National Park (IRNP). The loneliest of the lonely. The least-visited national park in the lower 48 is also, surprisingly, one of the largest. At 571,790 acres, IRNP is an island, but also includes over 400 smaller islands within 4.5 miles of its shores.

Surrounded by the cold waters of Lake Superior, Isle Royale is rugged and pristine. The park boasts 165 miles of trails, including the 40 mile long Greenstone Ridge Trail, which runs from one end of the island to the other. A virtual isolated wilderness, IRNP has two small villages at each end of the park where a visitor can get supplies, take a shower and sleep off the ground for the night. Other than that, Isle Royale has 36 campgrounds located across the island. These campsites are accessible only by foot or watercraft and add to the solitude, isolation and sense of wonder that can only come with a wilderness experience.

Have you been to any of these least visited national parks? If so, let us know what you loved about them!

Note: Visitor statistics for this post were obtained from the National Park Service.

The Epic Coast to Coast Route 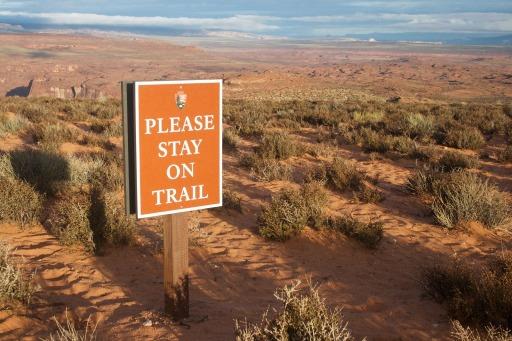 National Park Guidelines for a Fun and Safe Visit 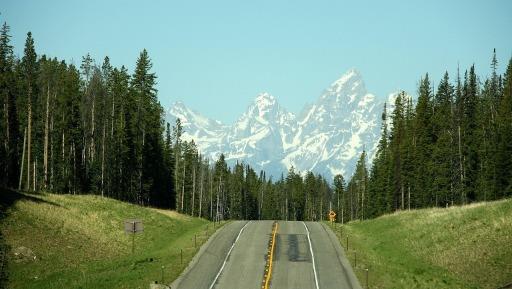 The Epic Coast to Coast Route 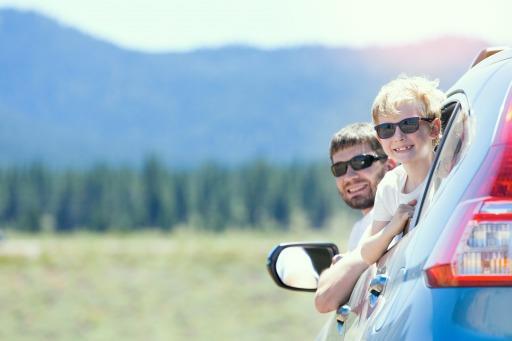 Road Trips throughout the USA & Canada 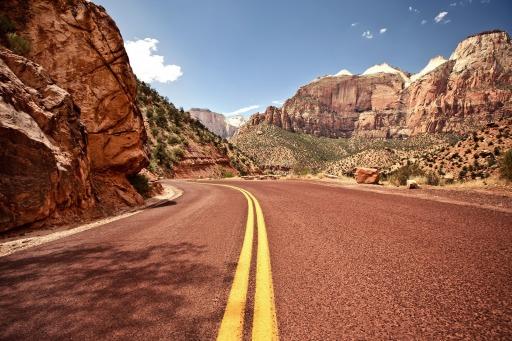