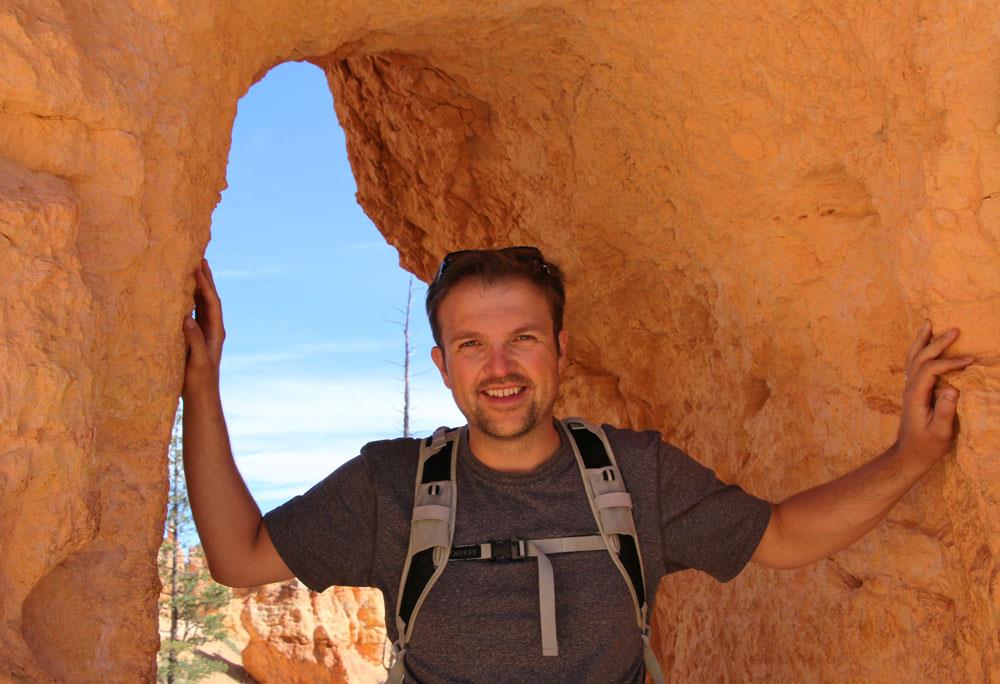 You are here: Home / Meet Florian: Where It All Began

I really don’t know how I should do an introduction about myself. However, I will start off that I am a fellow German that somehow ended up in the United States working in the travel publishing industry, which is where is all began. Was my career all planned out? Definitely not. It’s crazy, thinking back 15 years when I decided to make travel a headway for my major career in the United States. Here is where it all began. I remember when I was 16 years old living in Germany, I loved organizing and doing rafting trips with my friends, canyoneering and hiking in the Alps and immediately after high school – while most of my friends went to a university – I started an internship with a pilgrim and sightseeing tour operator, based in Munich. Working there full time in my early twenties, I had the opportunity to travel around the world, tour-guiding  all over Europe. After watching an old western movie about the United States I thought I would check out the national parks in the United States. I was proud to book my very first plane ticket to the land of opportunities, and then a few weeks later 9/11 happened where all world travel turned upside down. However, I still wanted to see America, and from the pictures and stories I gathered during the early age of the internet I was in love with America’s diversity. A country that has it all, not just hamburgers, big cities and pop culture, but also the Wild West, with authentic and indigenous people that celebrate one of the world’s most incredible cultures. When I arrived in the United States for the first time, I did a road trip through Florida, with the intention of exploring all the great beaches in conjunction with  theme parks, such as Disney World, Bush Gardens, Cape Canaveral and Universal Studios. However somehow I decided to visit Florida’s most famous and my very first national park: the Everglades. Entering through the park gate, I was intimidated: a huge amount of land dedicated to everyone who loves nature’s diversity, balance and respect. This park was not just another day in vacation paradise, it somehow changed my life. I took a guided tour with a park ranger who showed us Everglades wetlands which is one of the most sensitive wildlife habitats in the world with millions of rare birds and alligators watching us with their eyes from every little water pond we walked by. It was a perfect place to feel being connected to the earth while building a special relationship with the surroundings. The landscape of the Everglades was so fascinating that I decided to see more of those special parks in the U.S. After doing my research, I have figured out that there are 58 national parks in the United States and more than 40 in Canada. I promise I won’t name them all in this blog, but most of the visitors from around the world only know what I call the big six, such as Grand Canyon, Yosemite, Yellowstone, Zion and Bryce Canyon and Arches.  However, there are so many more national parks, state parks, monuments and other places all over the U.S. and Canada that I decided together with my wife to dedicate our travel to those national and natural treasures in the world, starting here in North America. Our mission is to travel down the roads less traveled seeking the world’s greatest experiences and authenticity in the United States & Canada. Our goal is not just visiting national parks, but also doing the top 3 things to explore in each of our national park journeys. Of course, we will unveil the best road trips between our favorite national parks combining small towns, cities, vast landscapes, vampires and special local foods. We hope that we can bring some of our experiences to the people in the world who are just like us and love to travel and experience the world in a view of protecting indigenous people surrounded by protected lands.
Share
Pin
Tweet
Share
0 Shares
Next Post