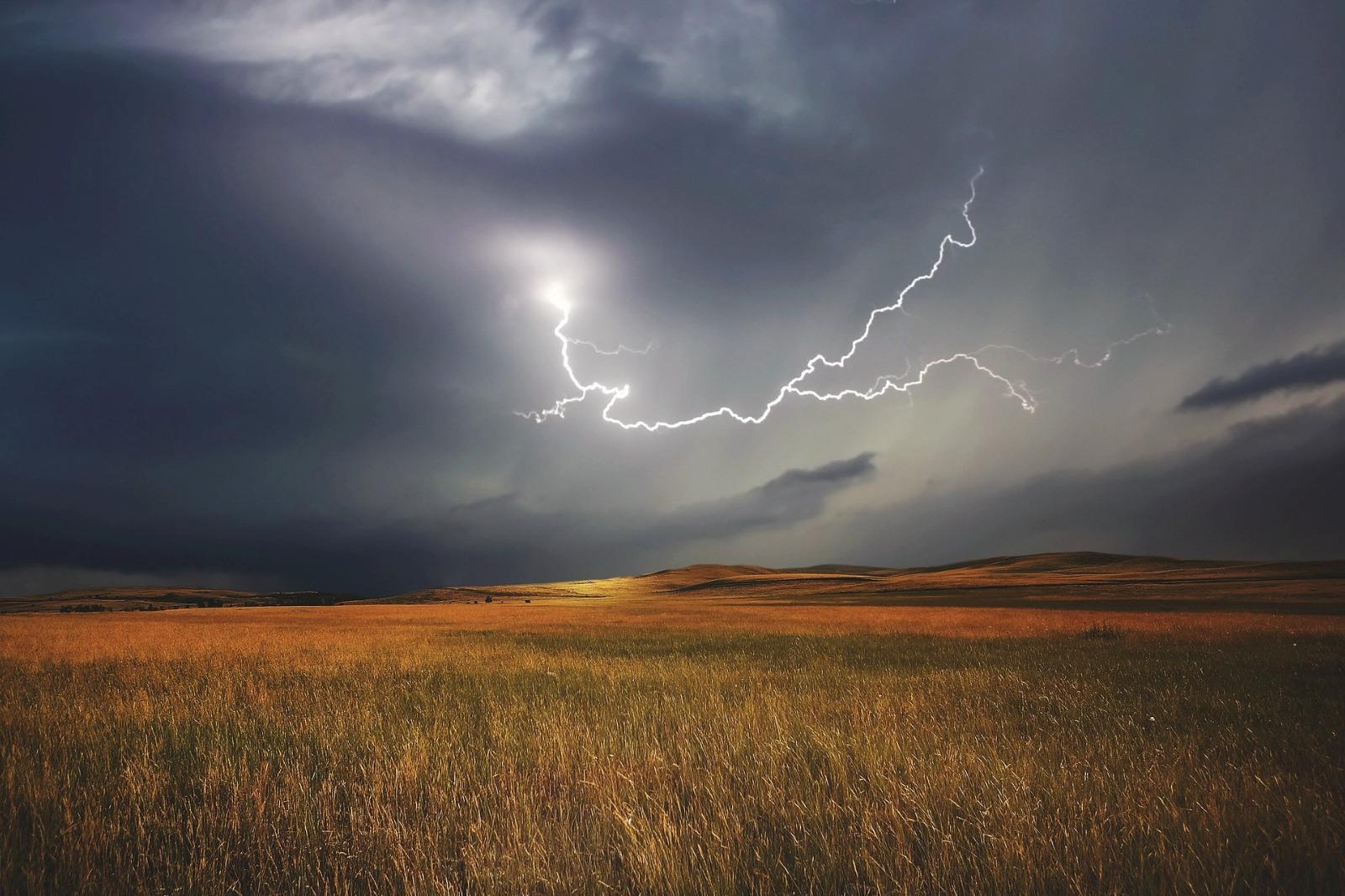 You are here: Home / Untraveled Places / Gillette, Wyoming; Take a tour through America

Have you ever stood next to a truck that is so big you could stretch your arms over the top of your head and not be able to reach mid-way up the tire? Don’t feel bad if you had to answer no to this. Not a lot of people have. But here is the more important question: Would you like to?

Because if you take BlackJewel’s Eagle Butte Coal Mine tour, not only do you get to see where, essentially, electricity comes from,  you get to see one of the biggest trucks in the world, too. And they are both fantastically huge.

But to get to the mine, you first must get to Gillette, Wyoming. 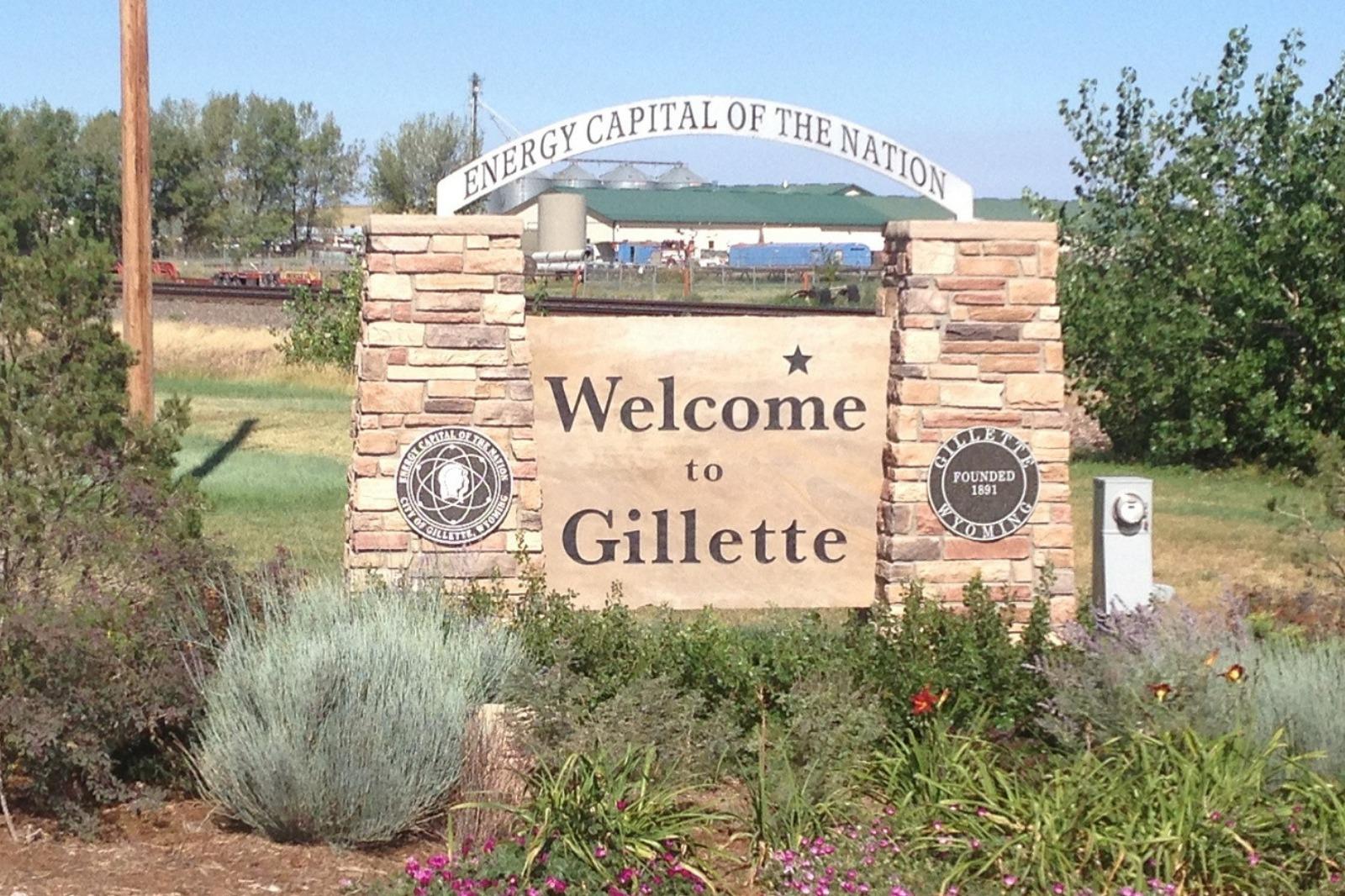 Rising From The Plains

Not just a tourist city, Gillette exists more as a City of Tours.

Within driving range of such world renown attractions as Devils Tower, Keyhole State Park and Thunder Basin National Grasslands, the city itself has a number of tours that make The Energy Capital of the Nation well-worth the trip.

Some, like BlackJewel’s Eagle Butte Coal Mine Tour, gives any visitor a thorough look into a rarely seen aspect of American industry and energy.

Located about seven miles from Gillette, the Eagle Butte Coal Mine is the ninth most productive mine in the United States. The mine is in the Powder River Basin, which contains one of the largest deposits of coal in the world,

BlackJewel’s Eagle Butte Coal Mine is not just about mining though; part of their tour describes the efforts they make for reclamation.

Over the years, BlackJewel has received two awards from the Department of Environmental Quality For Excellence in Surface Mining Reclamation and Innovation. 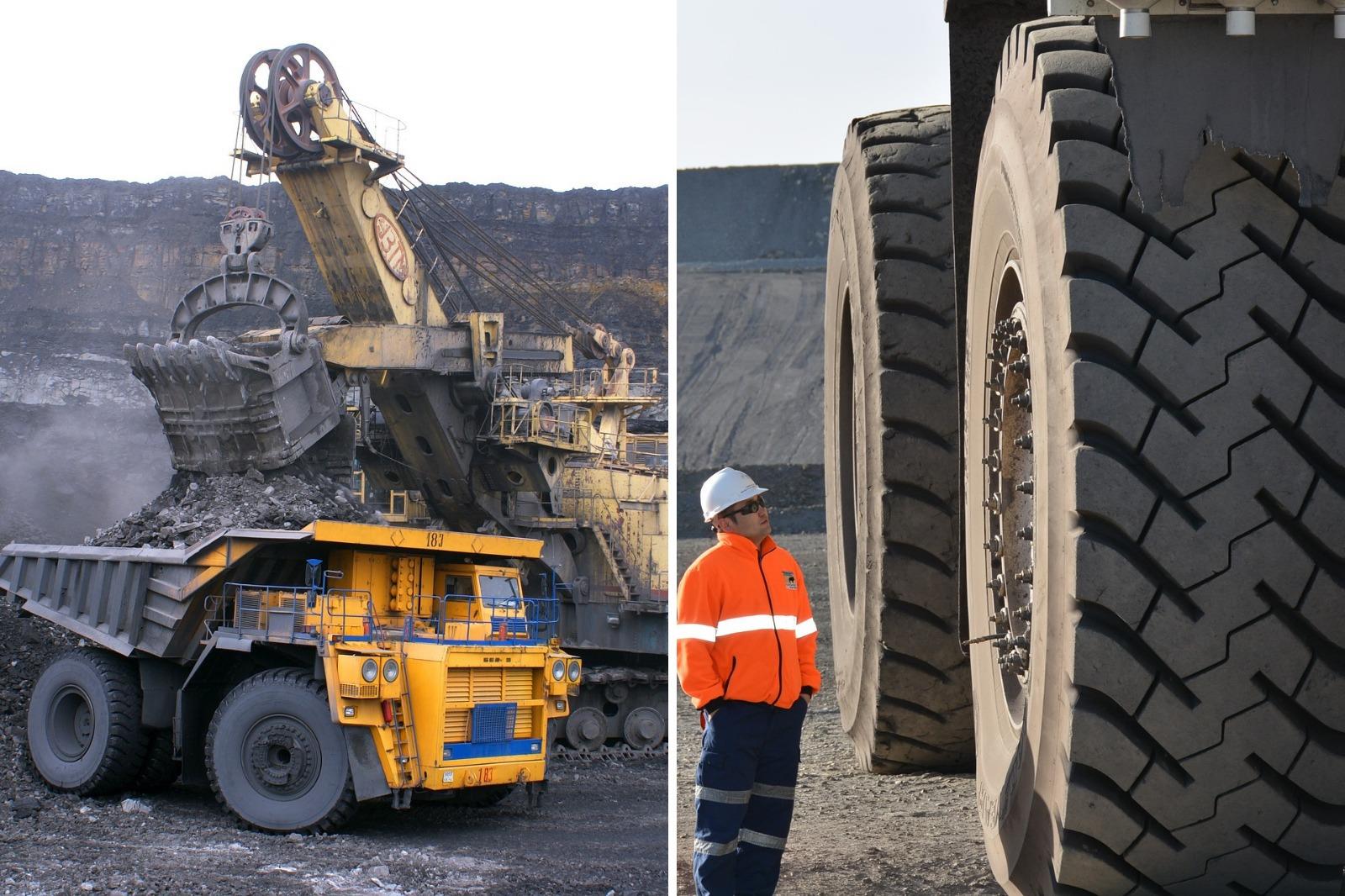 So now the question becomes, do you want to have an early lunch or a late lunch?

Either way, finding a place to eat in Gillette won’t be a problem. They have a number of great eateries. Always great for a visit is the Gillette Brewing Company and Gone Postal Pizzeria. Locally owned, the pizzeria and brewing company offers a casual taproom atmosphere located in the historic downtown Gillette Post Office building.

Another great option is The Coop Rotisserie House. Specializing in … you guessed it, chicken, the Coop throws a little Latin flare into their menu with options like chicken tacos, charro beans and home-made corn tortillas
Serving up lunch, dinner and drinks, these places are the perfect place to refuel after learning about, well, fossil fuel.

Bellies full and your afternoon free, it’s time to think about a little exercise. 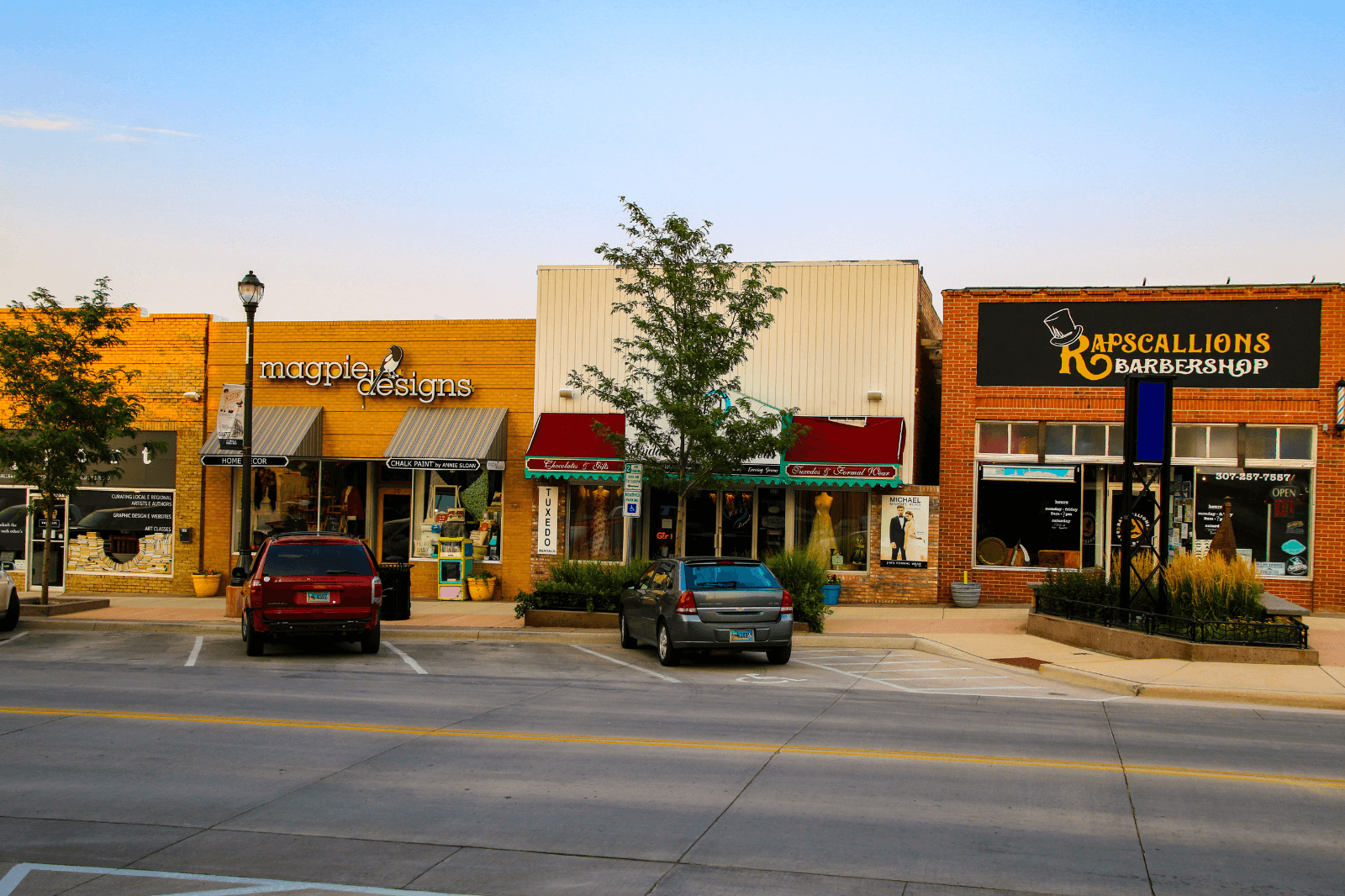 The Founding of a Town

Founded in 1891 with the arrival of the  Chicago, Burlington & Quincy Railroad and incorporated on January 6, 1892, Gillette is less than two years younger than the state of Wyoming itself.

The town was originally called Donkey Town, which is great. But, forward-thinking city founders re-named the town Gillette after Edward Gillette, who worked as a surveyor for the railroad.

Maps of the walking tour are again available from the Visitor’s Center in a self-guided walk through some of the town’s earliest days and historic buildings. Download the smart phone app for a little extra knowledge – TravelStorys.com/Gillette.

After your walk through town, you’re going to need to start thinking about dinner. And you are going to have to think hard about it as well. Gillette has some of the best restaurants in the state. 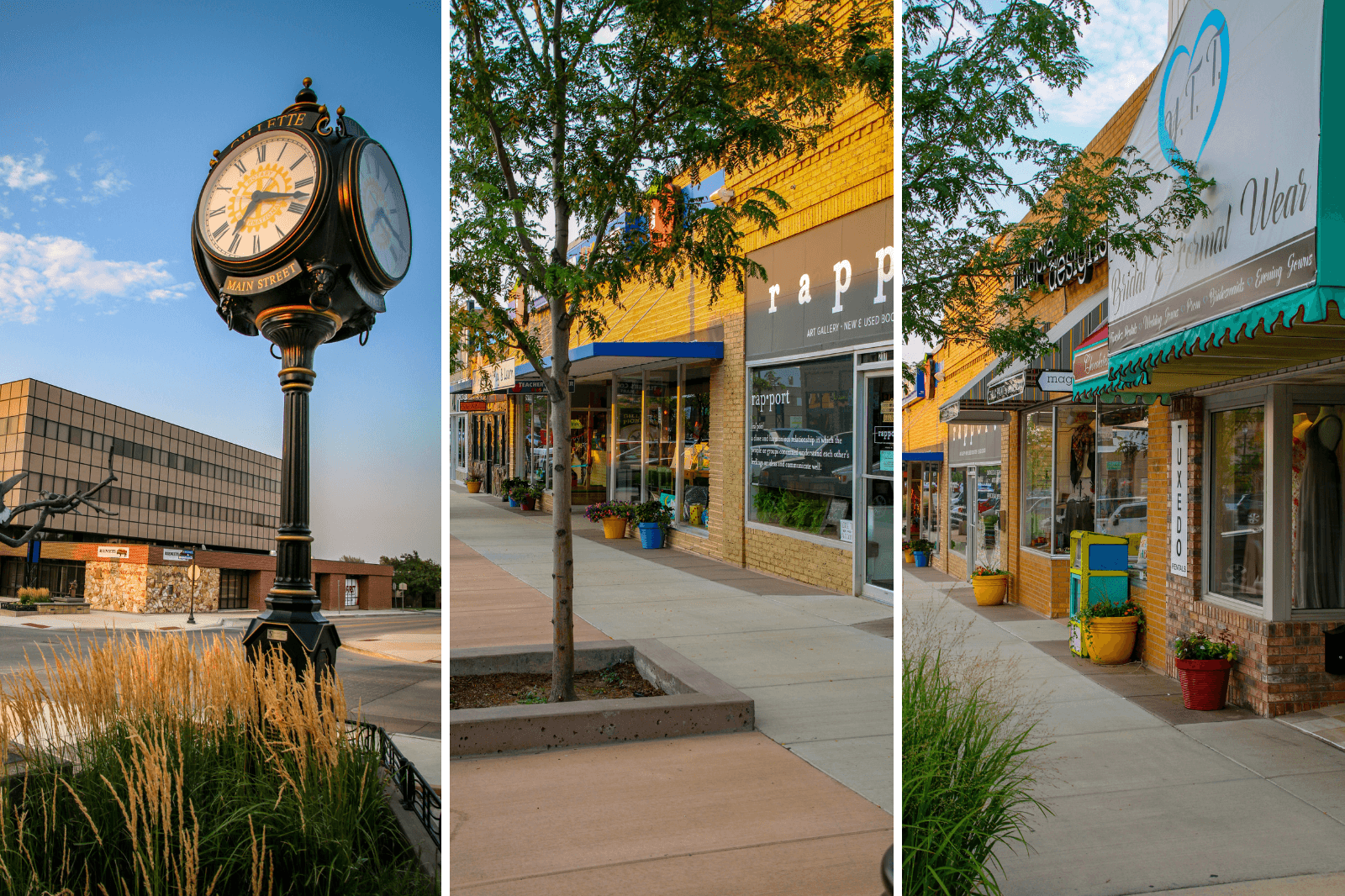 Gillette has six different steakhouses. That’s right, six. And that is barely scratching the surface of the places to eat. Feel like eating Asian Fusion? Pizza? Burgers? It won’t be a problem. Pokey’s Smokehouse and BBQ is a great and locally owned little American BBQ joint and well worth a visit. Classic Americana fare done right; smoked prime rib, brisket tacos and gumbo all washed down with a hearty stein.

Another great option is The Prime Rib Restaurant and Wine Cellar. With a wide-ranging and modern menu, The Prime Rib offers great steaks, seafood and pasta among other options, as well as their exquisite prime ribs. In 2008, The Prime Rib added a state-of-the-art glass enclosed wine cellar. With a 10,000 bottle capacity, any wine for any palate can be found with bottles starting as low as $20. 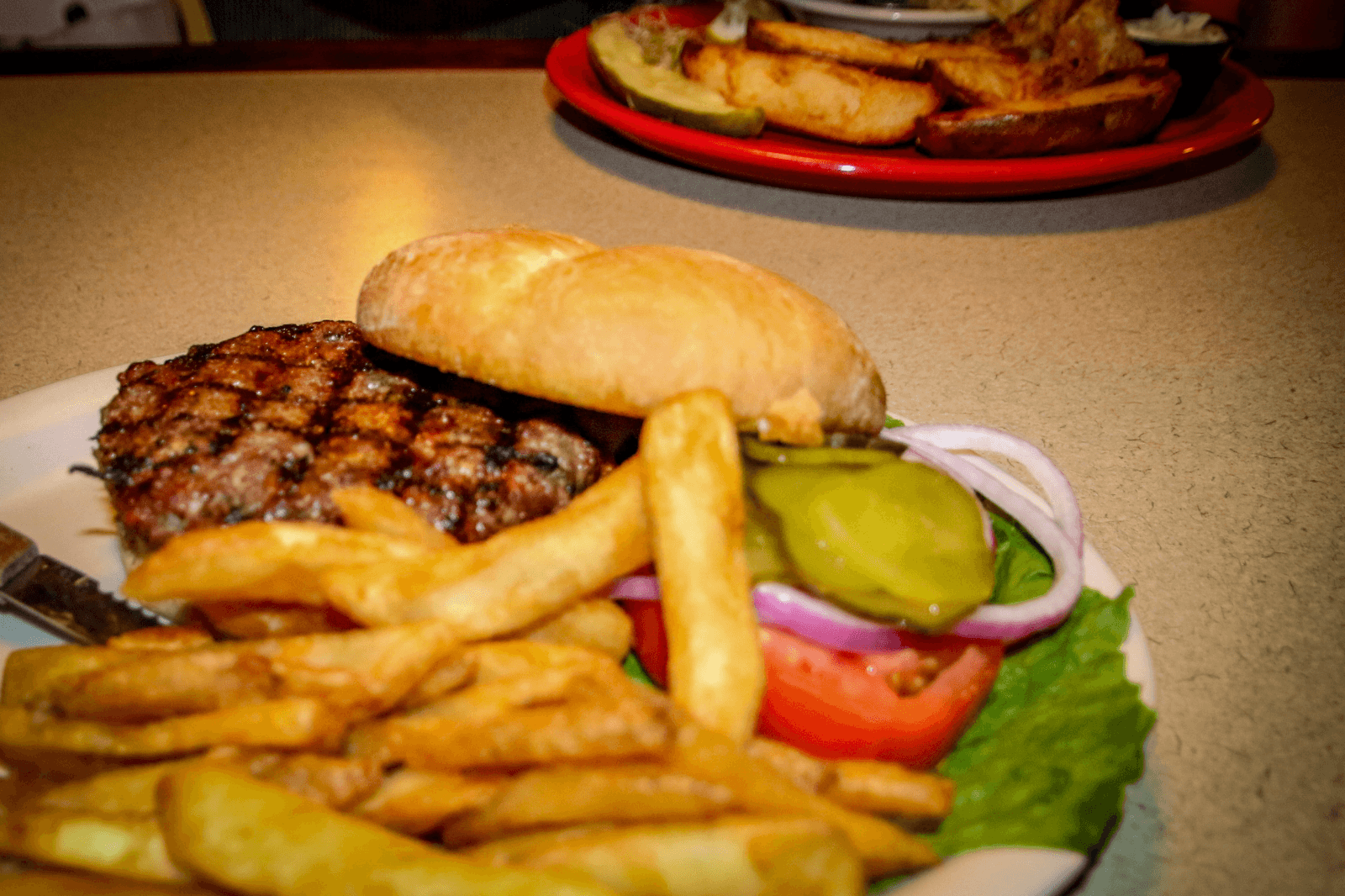 Not a bad way to spend a night out in Gillette. Don’t stay out too late though, you have a full day ahead of you tomorrow.

The next day it is up early and off to breakfast. Again, Gillette doesn’t disappoint and there are many options to choose from, but a local favorite is Lula Belle’s. It’s a small little cafe that serves up classic American breakfast. Places like these are the bedrock of the American breakfast routine and a great way to start the day.

From Lula Belle’s, it’s off to see the Durham Buffalo Ranch to see the buffalo. 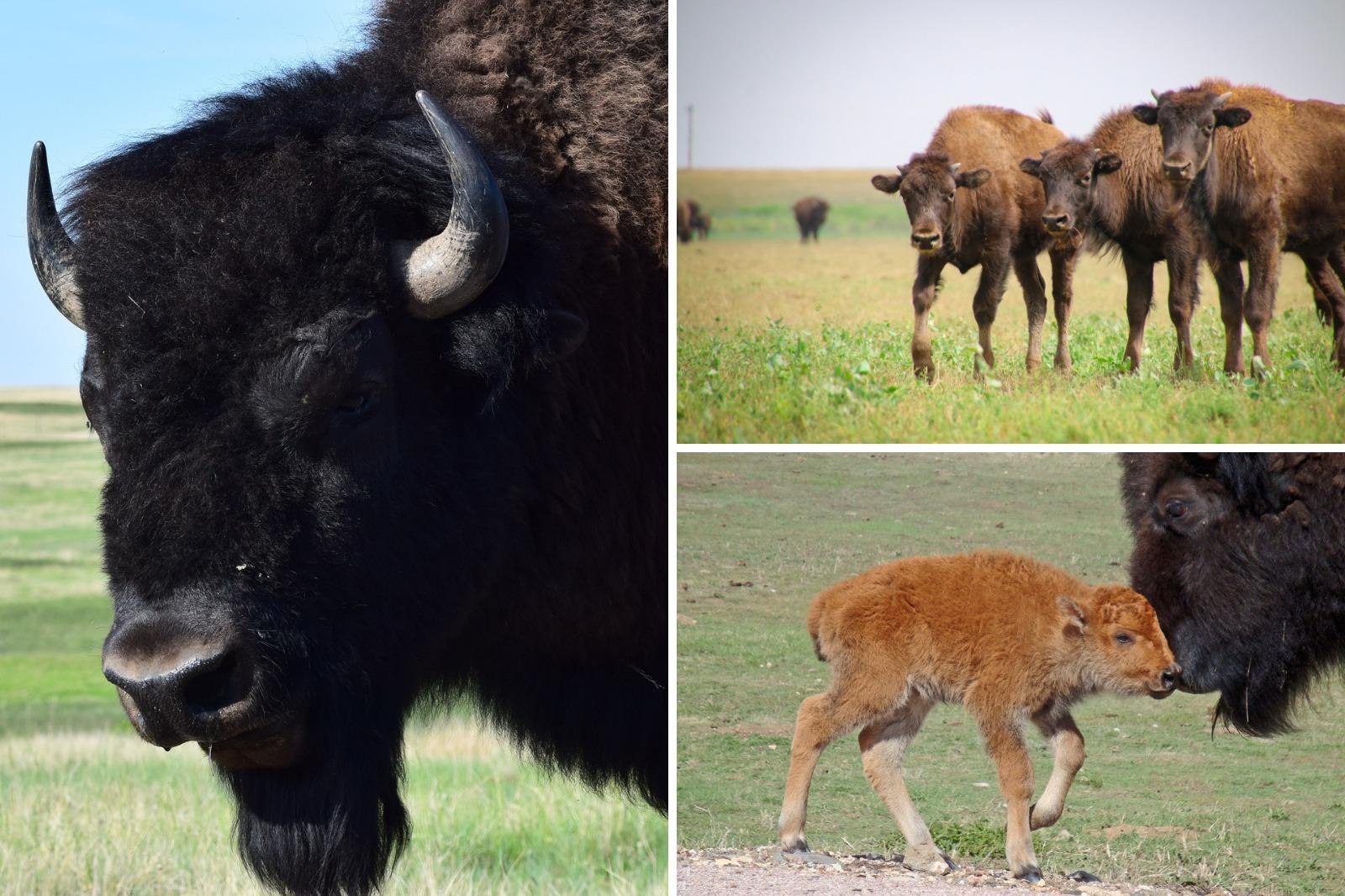 Years ago, the American Bison roamed the plains in such vast numbers that early explorers would report vast herds stretching for miles into the horizon. By the late 1800s, there were almost none left. Thanks to the efforts of places like the Durham Buffalo Ranch, the iconic American animal is making a comeback, and you can see what it takes to protect and sustain this symbol of the open prairie.

The Durham Ranch Tour will let you experience one of the world’s largest and oldest working buffalo ranches. With around 3,000 bison currently on 55,000 acres, Durham Ranch has been actively engaged in the raising of bison since the mid 1960s.

Learn about the animal that is a main symbol of the western U.S. as well as how Durham Ranch manages its resources holistically; maintaining a large herd of grazing animals while improving the rangelands they live in. The tour highlights the facilities for the buffalo that have been designed and developed over the last 50 years.

Reservations are required, however, so your point of contact is the Gillette Visitor’s Center. They handle all bookings for the ranch and will key you in on the specific information you need.

Quite a place to eat

Watching all those bison graze is bound to make you think about eating as well.

We would recommend Pizza Carrello. With extensive gastro-pub fare, the menu is built around the wood-fired oven that cooks most of their food. It is a great place to relax, enjoy great conversation and a home-town spirit. If you are in Gillette, you should eat here, the atmosphere is good, but the food is beyond good. Give it a try.  You will be glad you did.

And we would be remiss if we didn’t at least mention Big Lost Meadery. Big Lost Meadery is a unique and specialized type of brewery that you should expect to find in Gillette. Specializing in mead made from Rocky Mountain honey, the Big Lost also makes a selection of craft beers. 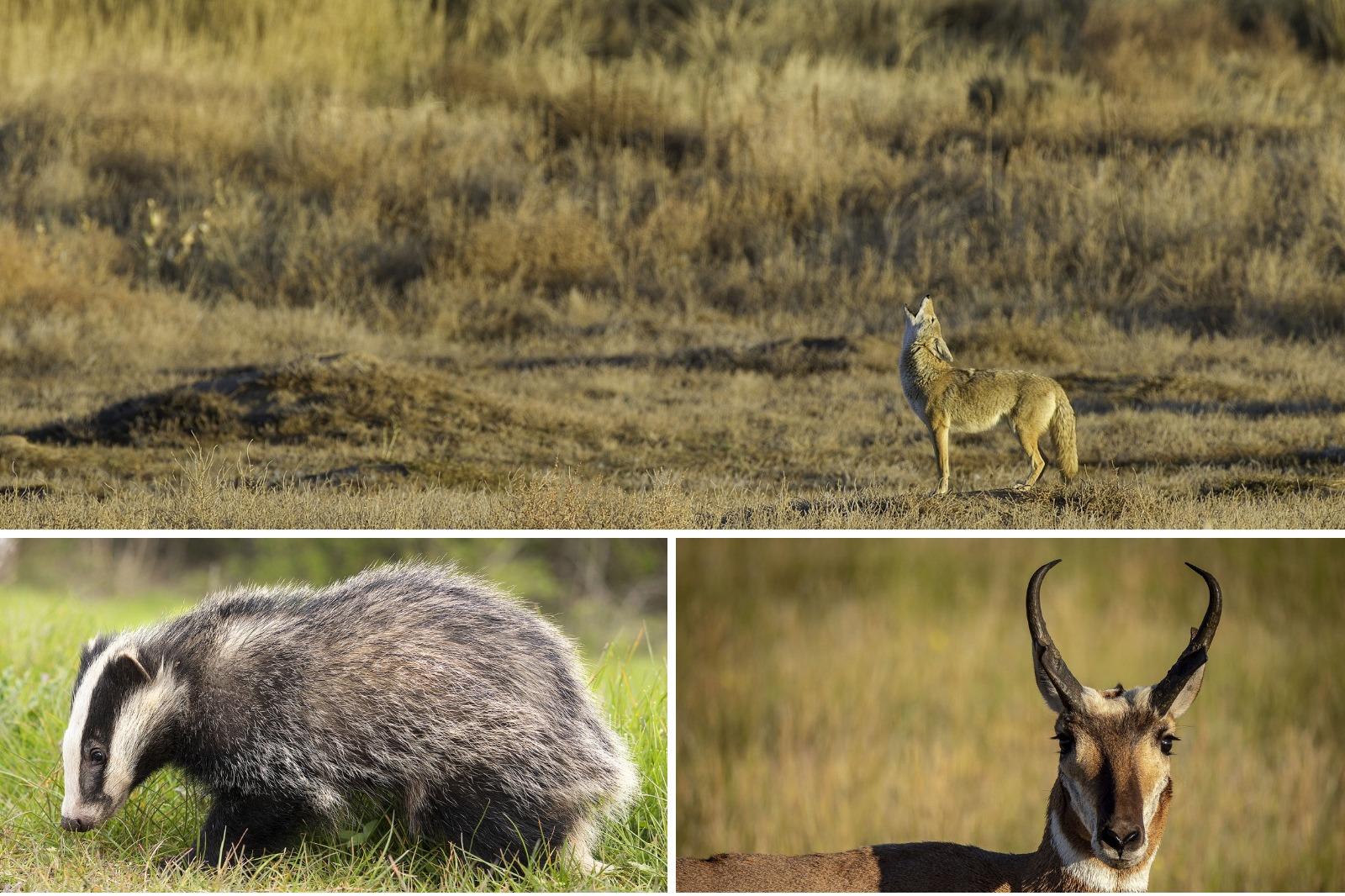 Thanks to the conservation efforts of places like Durham Ranch, the American Great Plains is becoming home again to the bison. The conservation effort is not just for one species, but the eco-system as a whole. This includes plants and animals who may be smaller in stature than the bison, but whose role is no less as important.

This is why the Gillette Visitor’s Center has two different tours that highlight the local plants and wildlife along with some of the history and geology of the area. Called the Wildlife Loop Tour, the maps to these different tours are available at the visitor’s center and take you out into the surrounding hills of the Greater Powder River Basin. That basin, also known as the High Plains, are home to pronghorn antelope, which outnumber residents and share their habitat with badgers, coyotes, elk, mule and white tail deer, ducks, geese, pheasants, turkey, grouse and jackrabbits. 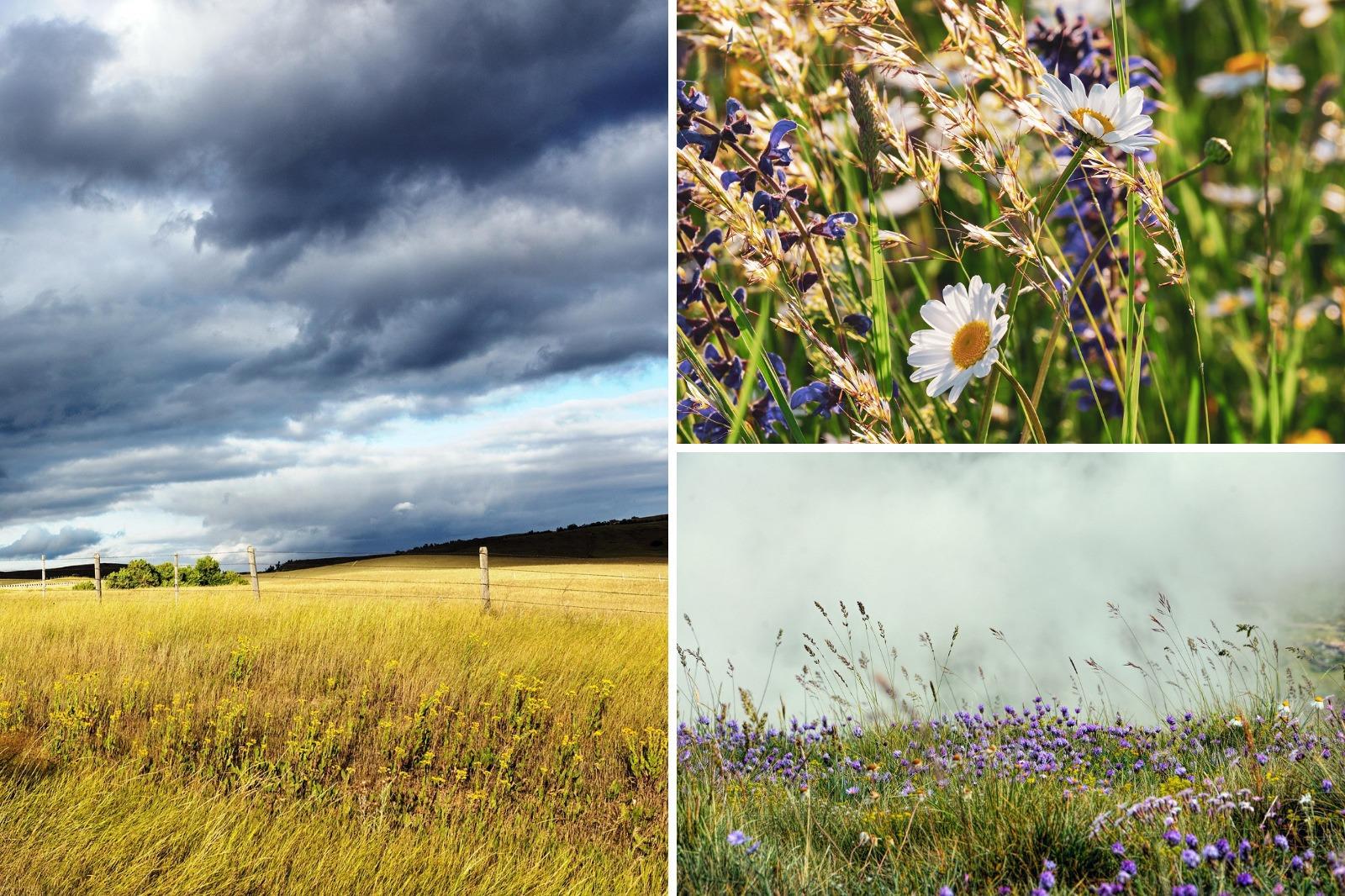 In spring and summer, the plains are in bloom with hundreds of different species of grasses and wildflowers that turn the landscape into a verdant painting. Have you ever smelled a sagebrush in bloom? It is one of the significant experiences in this world. It is something we would recommend.

The Hub of Your Tour Wheel

And Gillette is your anchor point. From this city of over 32,000 in Northeastern Wyoming, there are distinct tours that will take you through a story as rich as America itself. From wildlife and the great bison of the high plains to the founding of a town and the energy industry that powers a nation’s economy. Gillette really is a city of tours.