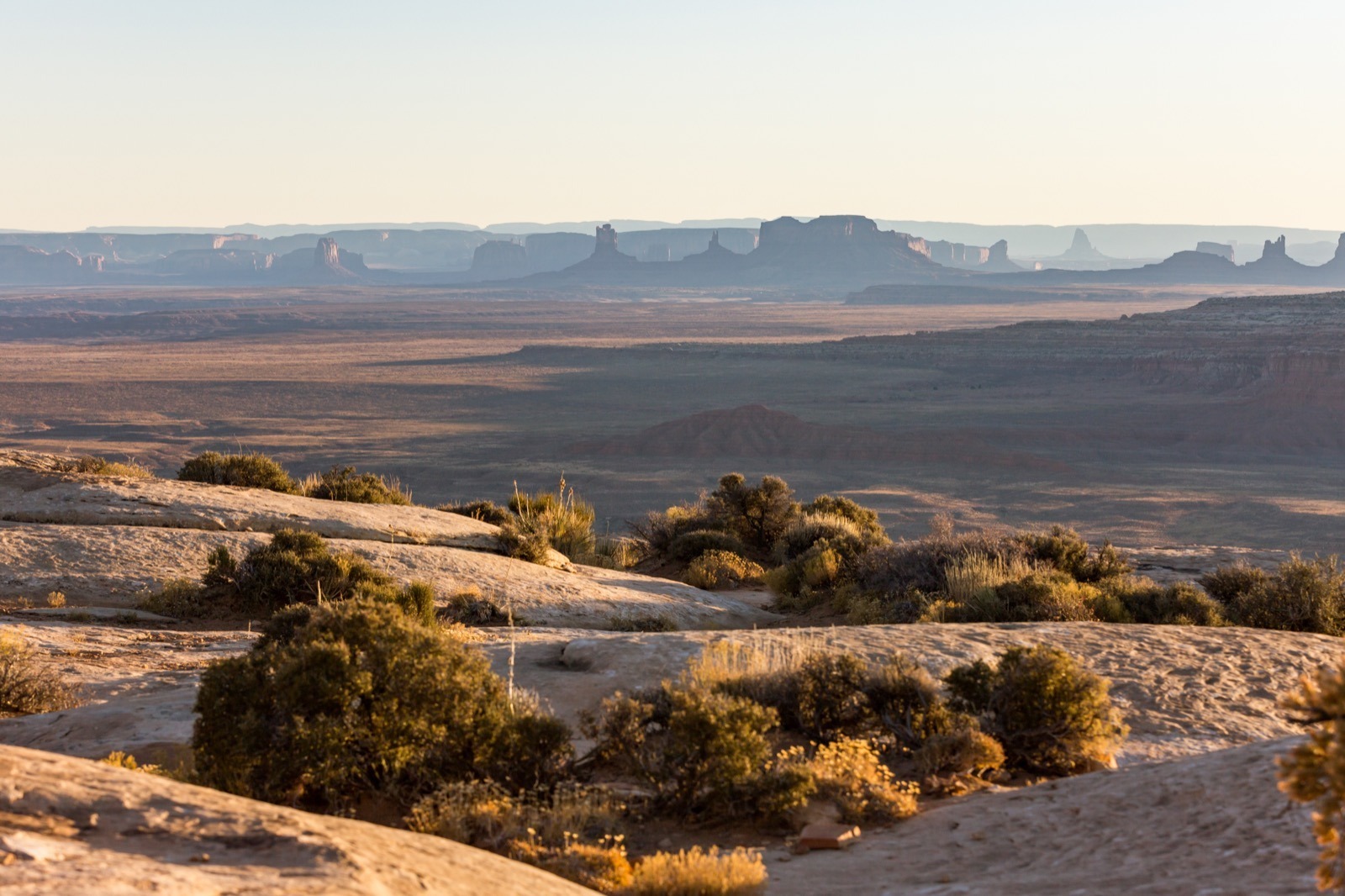 You are here: Home / National Parks / Bears Ears and Beyond

This wasn’t the first time and it won’t be the last time that I pull into Utah at night, and wake up surrounded by giant red walls. Setting up a basecamp in the charming town of Bluff, Utah, I found a variety of adventures within a scenic drive’s distance. The fragile environment in this part of Utah and Bears Ears National Monument should be handled with deep respect. Swing by the Bears Ears Education Center and become oriented with the region before setting off. 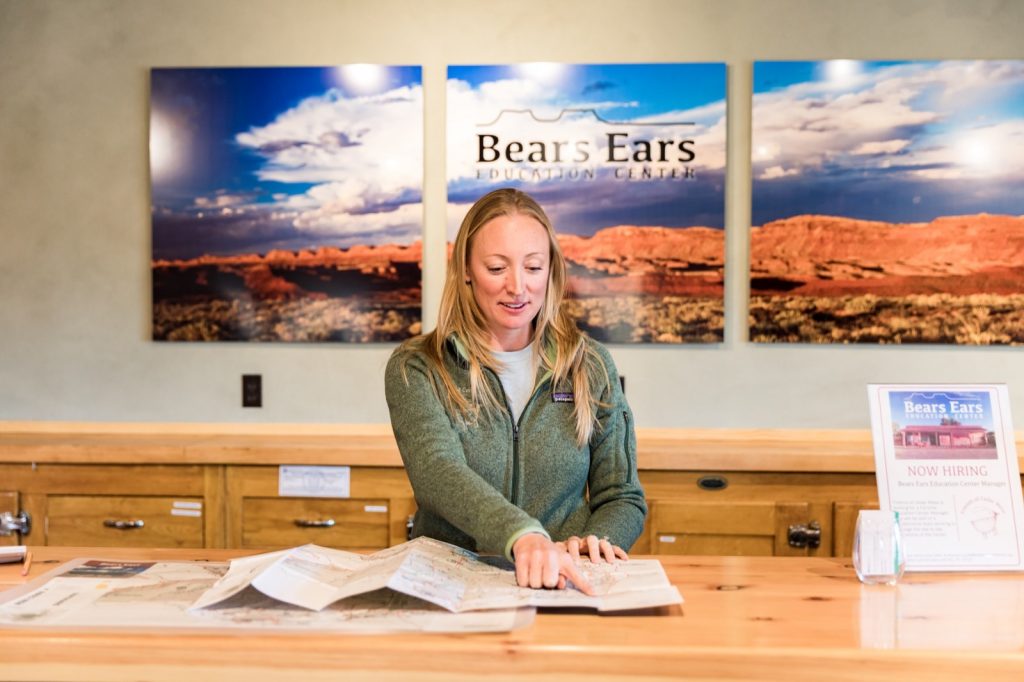 This article was created in partnership with the San Juan County Economic Development and Visitor Services, Utah. Images by Emily Sierra Photography. 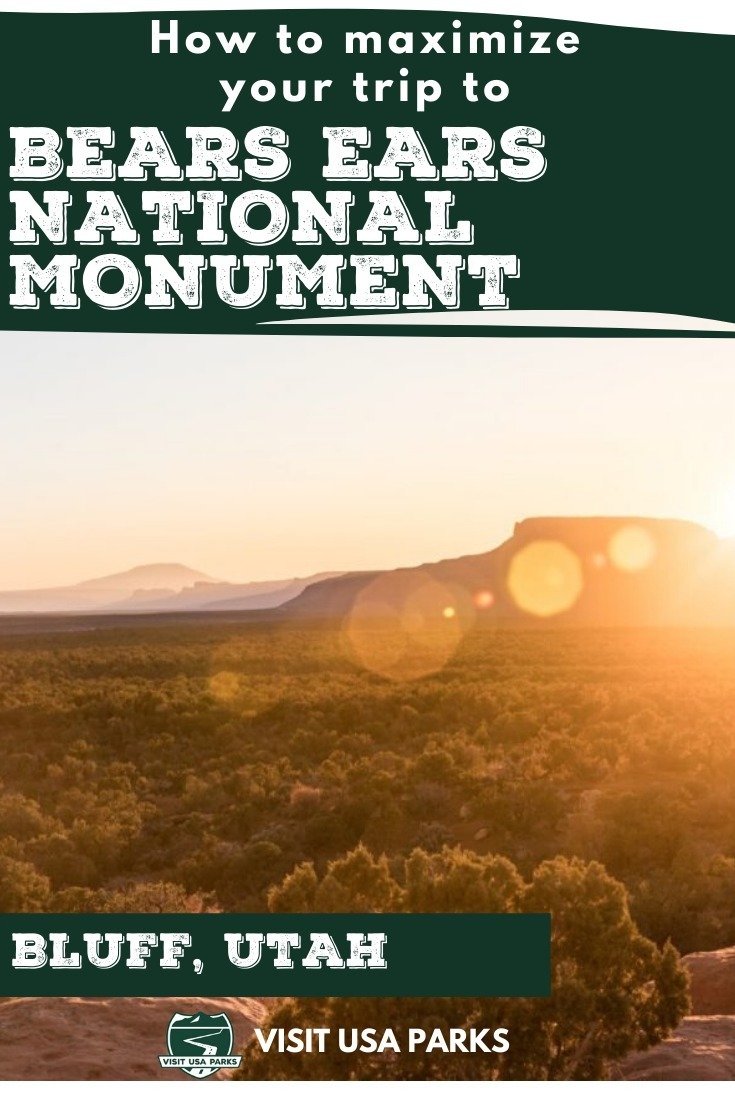 A pinyon-juniper woodland, canyons and rock formations, including two distinctive “Bears Ears” buttes begin to comprise this wonderland. Moreover, the monument includes an abundance of early human historical artifacts and sites, still sacred to Native Americans today. Bears Ears National Monument is truly a special place and exciting to explore. As this monument is still very new, travelers should expect to bring their own GPS, maps, snacks, and water out for the day. There are limited facilities and information throughout the monument as well. Finally, evidence of previous civilizations should always be left untouched. 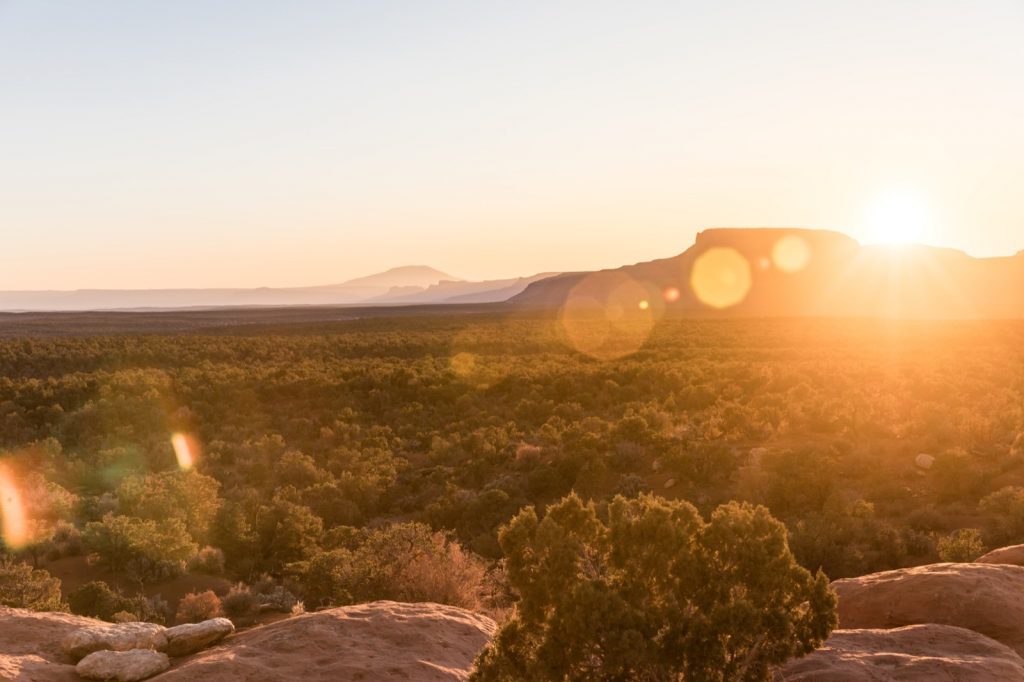 Waking up each morning at La Posada Pintada, I was excited to try Jennifer’s blue corn pancakes or one of the breakfast specialties. I welcomed conversation with other travelers about their plans for exploring that day. For such a small town, I was especially impressed with the modern fare at Comb Ridge Eat and Drink, and there were a handful of other nice options. 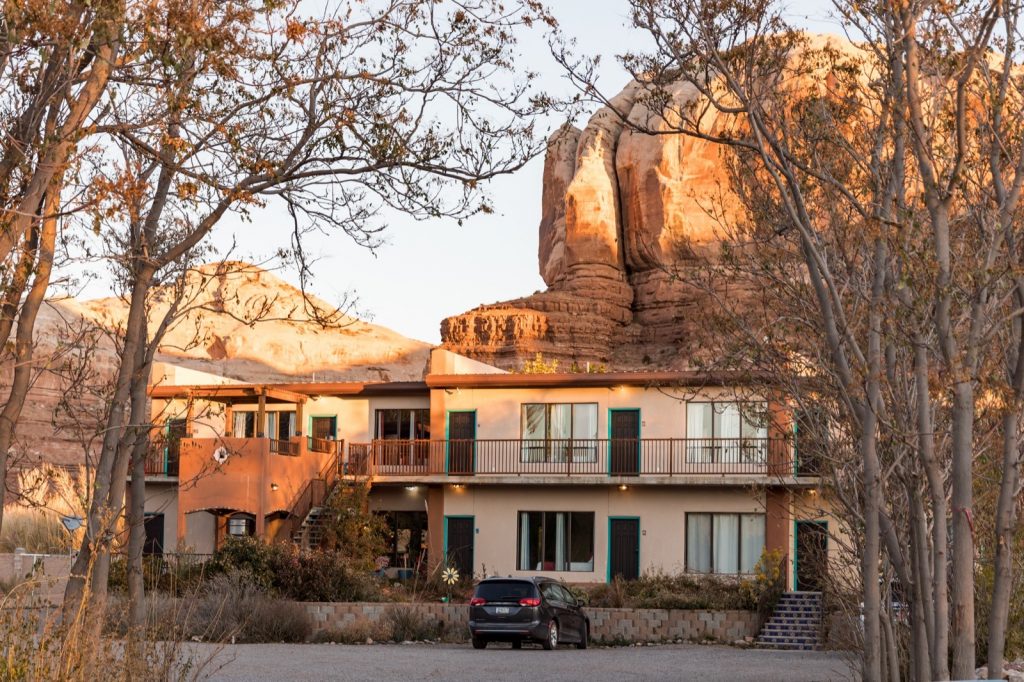 Bluff, Utah might be small, but it boasts two impressive trading posts. Both Cow Canyon and Twin Rocks offered an impressive amount of local artwork and gifts. The basketry in Twin Rocks Trading Post really caught my eye with its modern-day patterns and unique weaves. I couldn’t have imagined a better place to snag gifts for those back home. 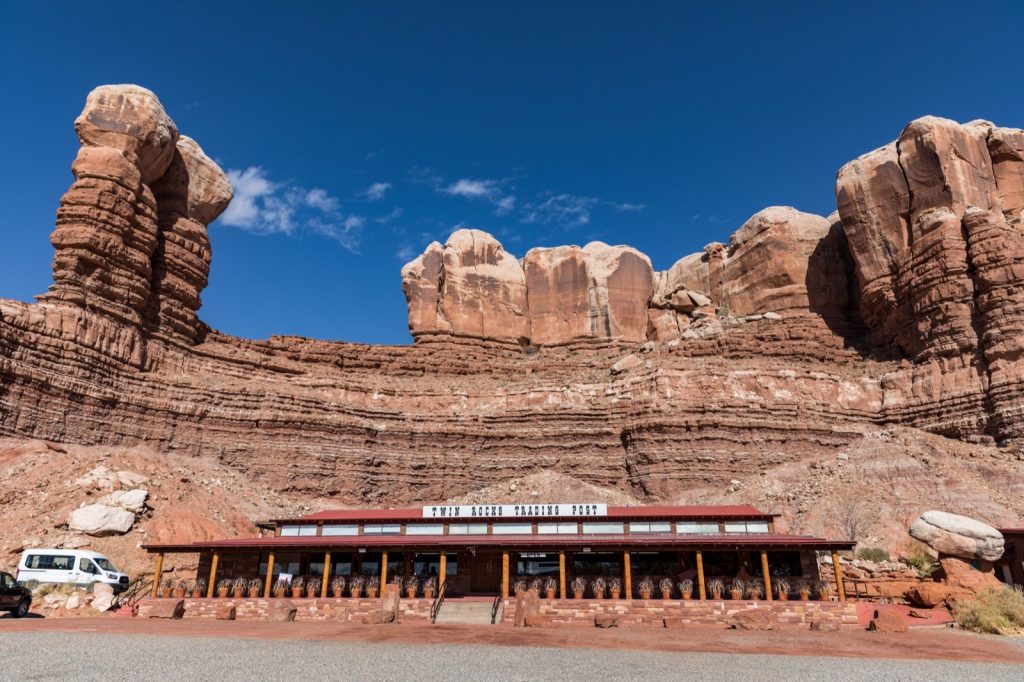 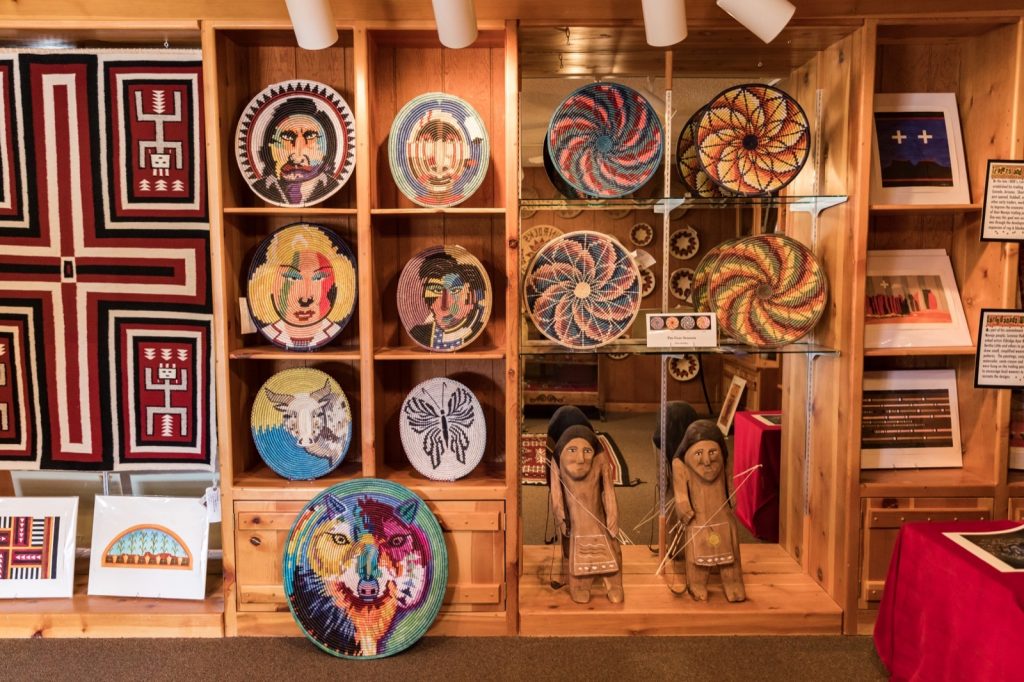 Vast landscapes suddenly stall out at canyon rims, and sharp buttes rise up in every direction. Driving or biking in southeast Utah is a real treat! 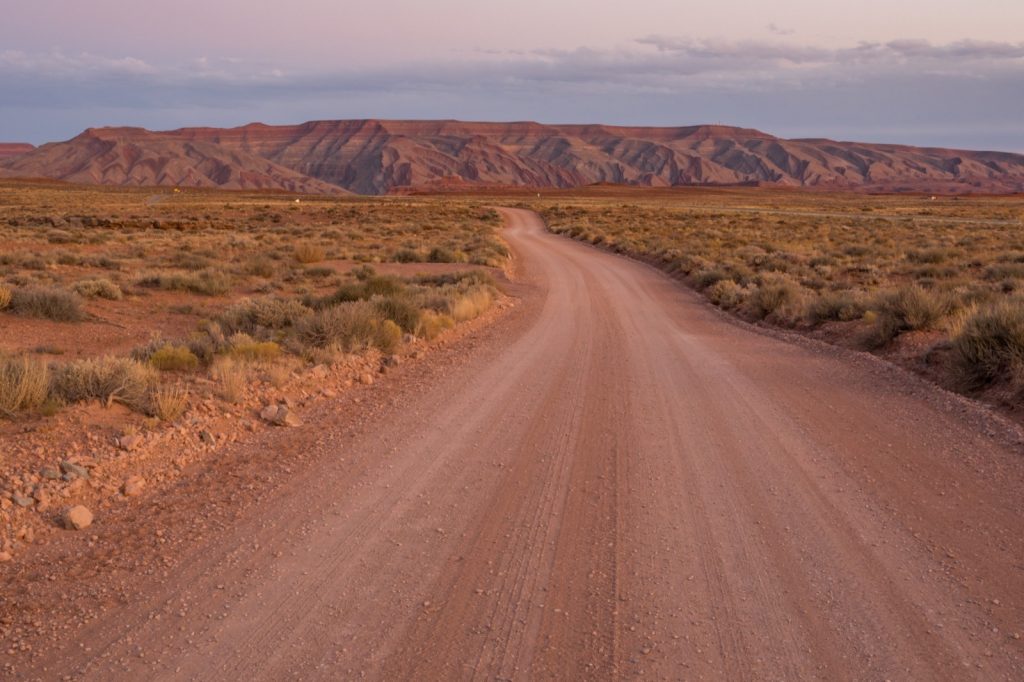 The road to Goosenecks State Park is beautiful on its own, but arriving at the canyon edge is more incredible than I could have ever imagined. The San Juan River below meanders lazily, creating long, deep bends in the canyon. There really isn’t a bad time of day (or night!) to see this natural wonder. 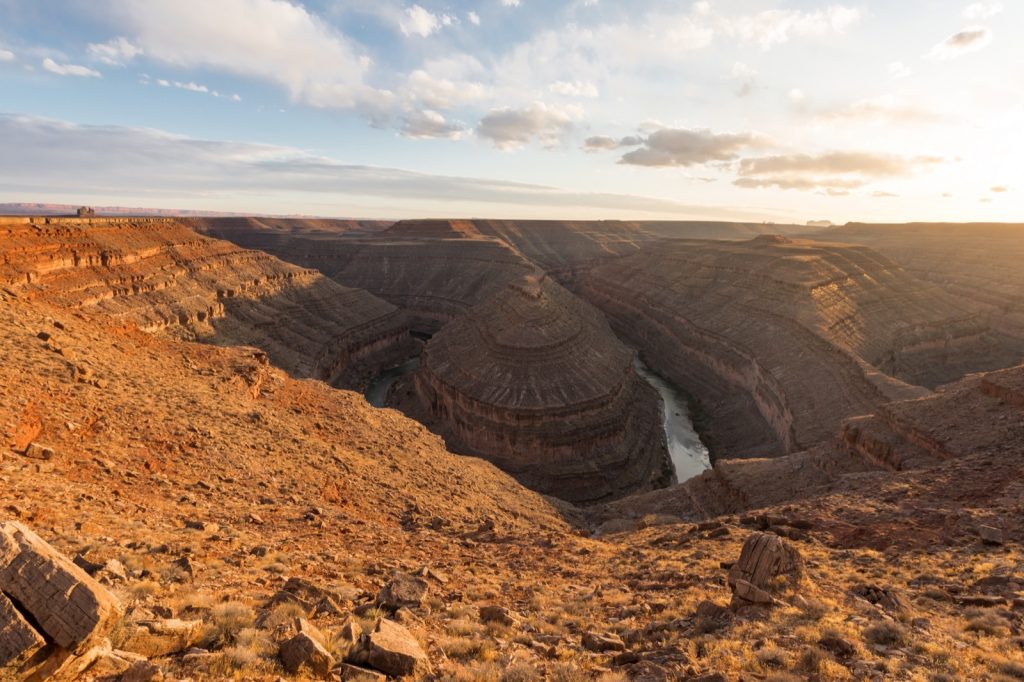 Driving along the highway, the road seems to just run right into the cliff ahead. A sign warning drivers to slow for frequent switchbacks prepares me for the drive up the… indeed, cliff! I used every available pullout along the Moki Dugway to snap numerous photos before continuing on. Once at the top, I continued along the dirt road to Muley Point (not marked on the road). As with many places in Utah’s Canyon Country, there was no one else to be seen up there. I had views straight out to Monument Valley and the immense landscape below all to myself. 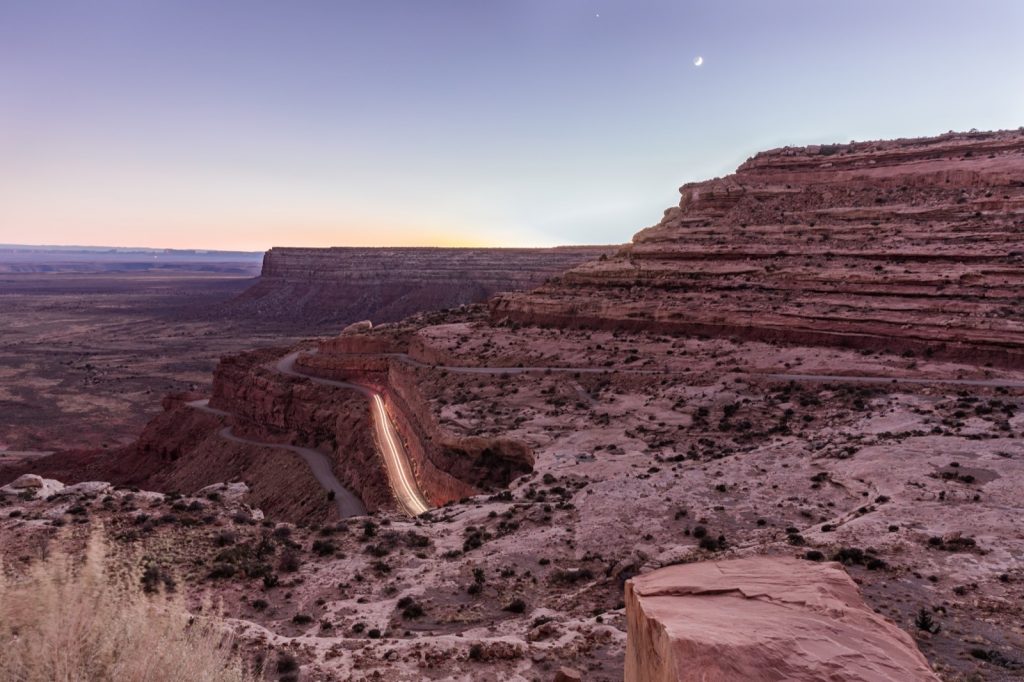 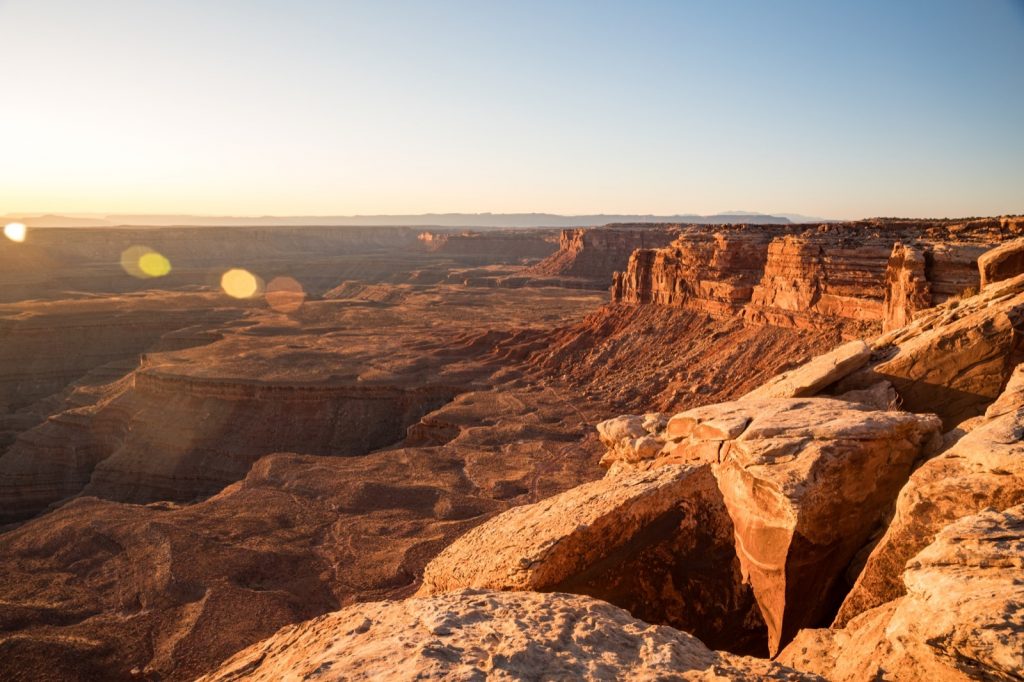 Before arriving at the River House Ruin site, we were greeted with incredible views and impossible roadways. Squeezing through the Comb Ridge, Spencer with Wild Expeditions navigated tricky 4WD moves to get us where we were headed. I could see River House Ruin before we arrived and felt immediately sucked in. The stone structure is set in a rock alcove, and a variety of petroglyphs and pictographs decorate the surrounding area. 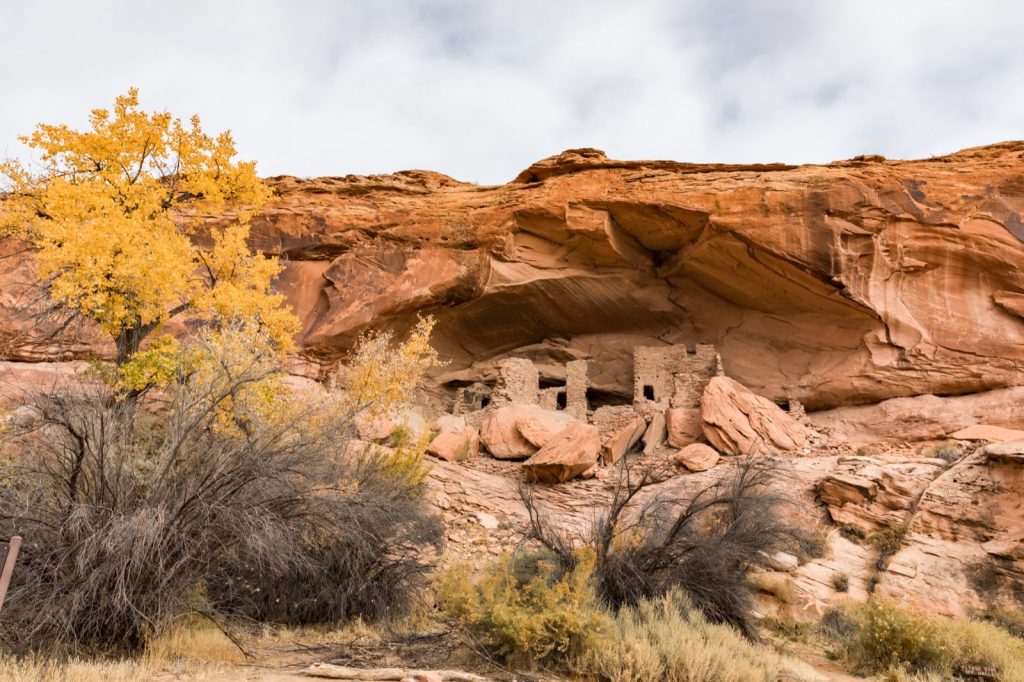 A few miles from River House Ruin is Big Kachina Panel with numerous figures, offering evidence of some of the oldest civilizations in the Four Corners region. Both River House Ruin and Big Kachina Panel are best accessed on a river trip down the San Juan, but taking a Jeep out with a guide was another great way to glimpse the past. Now I’m just imagining the future—with my next visit to the area. 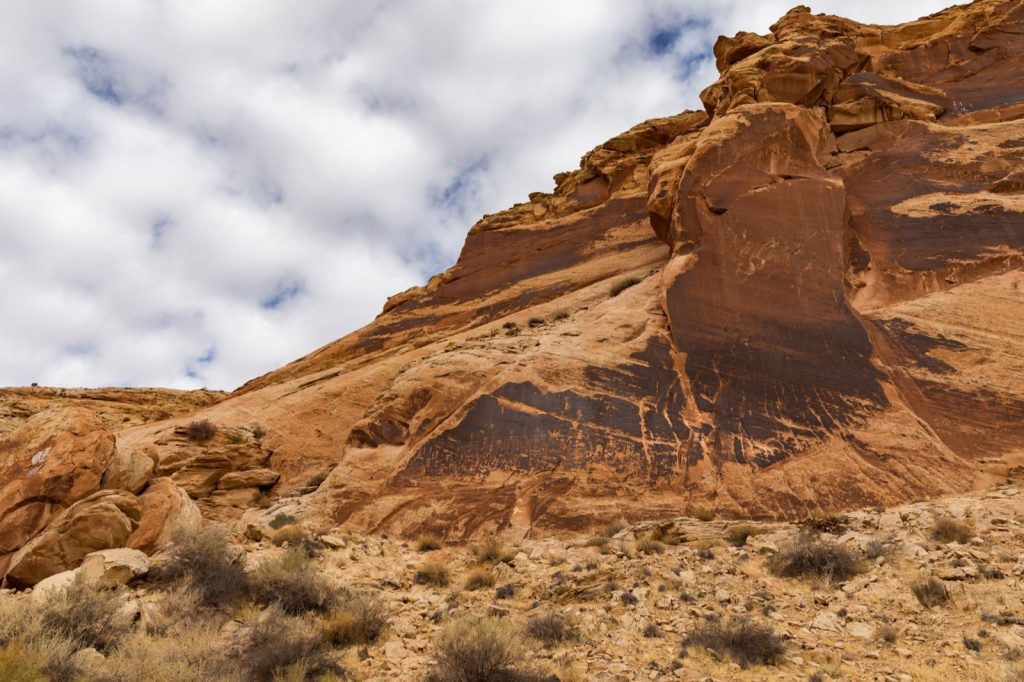 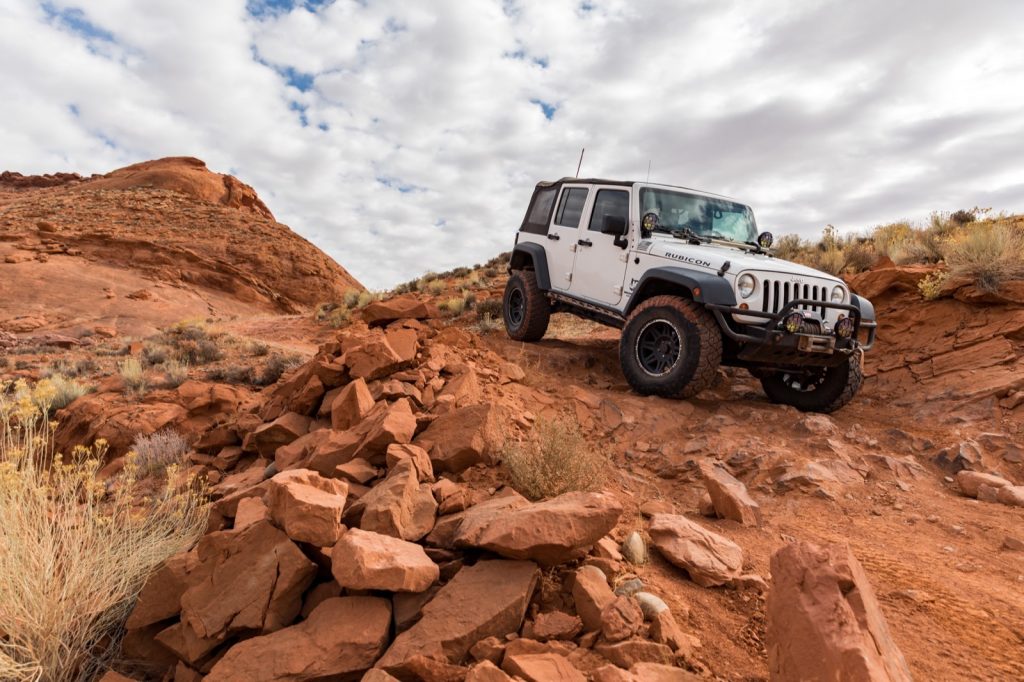 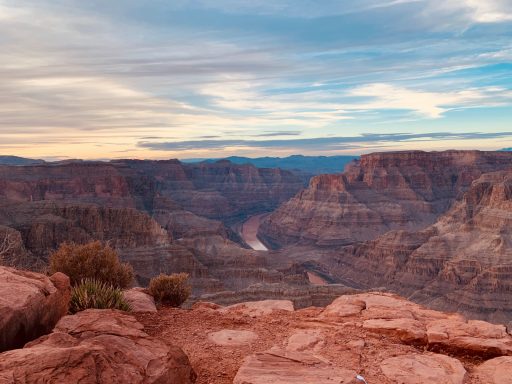 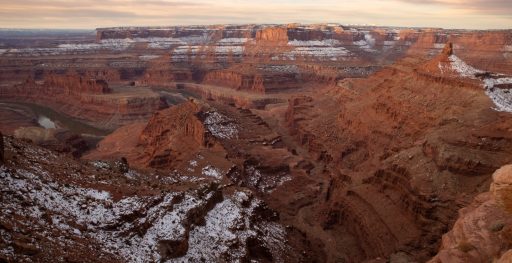