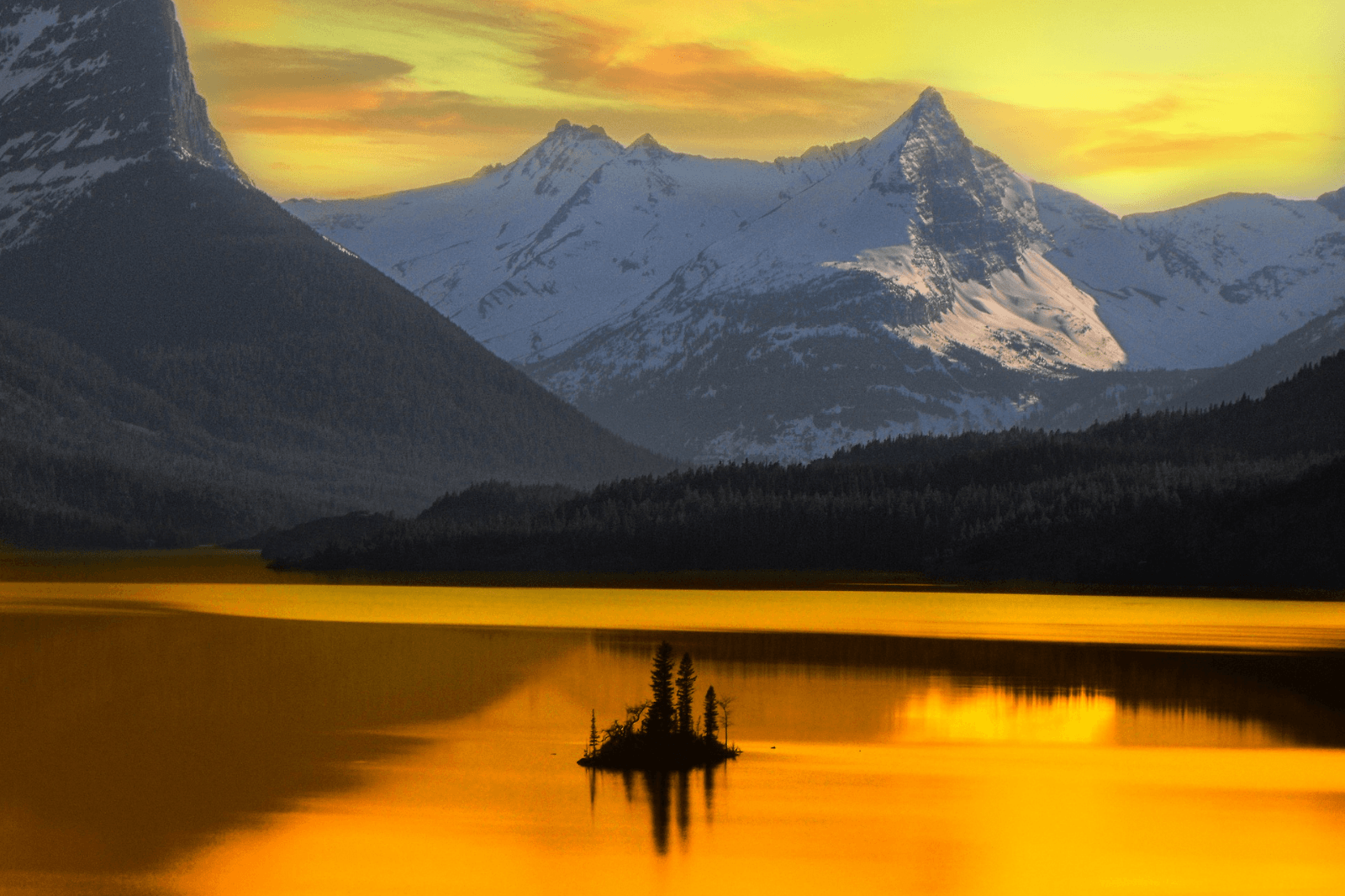 You are here: Home / Regions / Alaska / A Guide To Alaska National Parks

Alaska! The very name brings up the image of the last of America’s last wild frontier. And rightly so, with a land mass of 663,268 square miles and a population of around 740,000, that means there is a nearly equal amount of 1 person per square mile. Translation? Lots of elbow room in the Kodiak state. And with all that elbow room there is bound to be some wilderness, meaning you will have plenty of opportunities to let out that barbaric yawp as you visit towering mountains and vast snow-dusted forests. There are also eight national parks in Alaska – here’s a guide to some of the best things to see and do in each park. 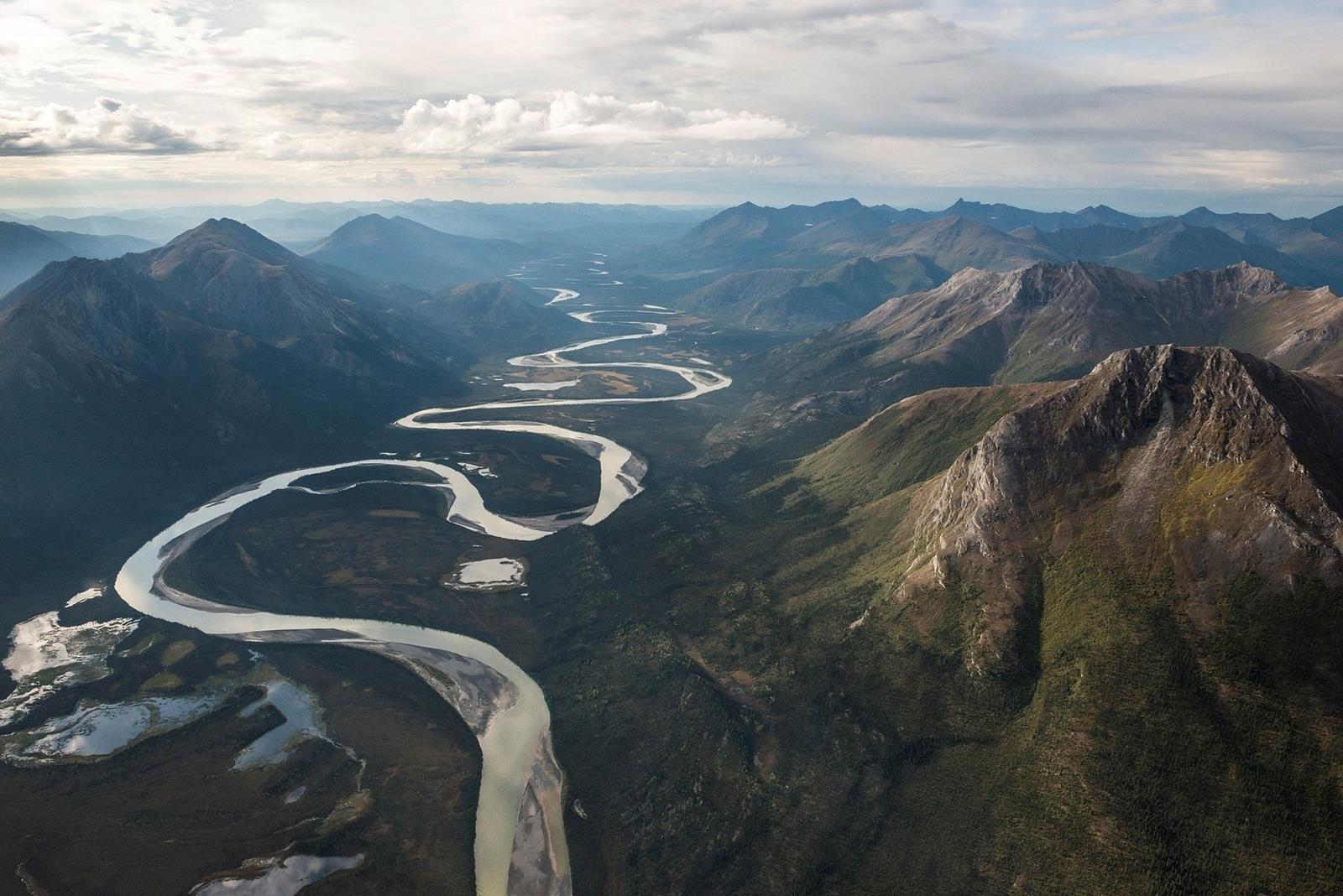 Ted Steven’s Anchorage International Airport is the usual gateway into Alaska. As Alaska’s largest city, Anchorage acts as the travel hub for the whole state, with air connections to every other large town and many of the state’s 240 small rural airports.

Well, we don’t really want to tell people what to do, but here is a little factoid for you; during the winter, the temperatures in Alaska can fall below −60 °F. That is -51 degrees Celsius . As in…man that’s cold! Not only does the temperature plummet during the long grip of Alaska’s winter, so does almost every industry supporting tourism. If you don’t mind being cold and hungry, by all means; visit Alaska in the winter. Not so much into self-punishment? Summer temps in Alaska can reach into the 90’s, or the mid 30s Celsius. Again, do what you want..just keep in mind Alaska Winters=cold, long and dark. Alaska Summers=short, warm and full of sun. 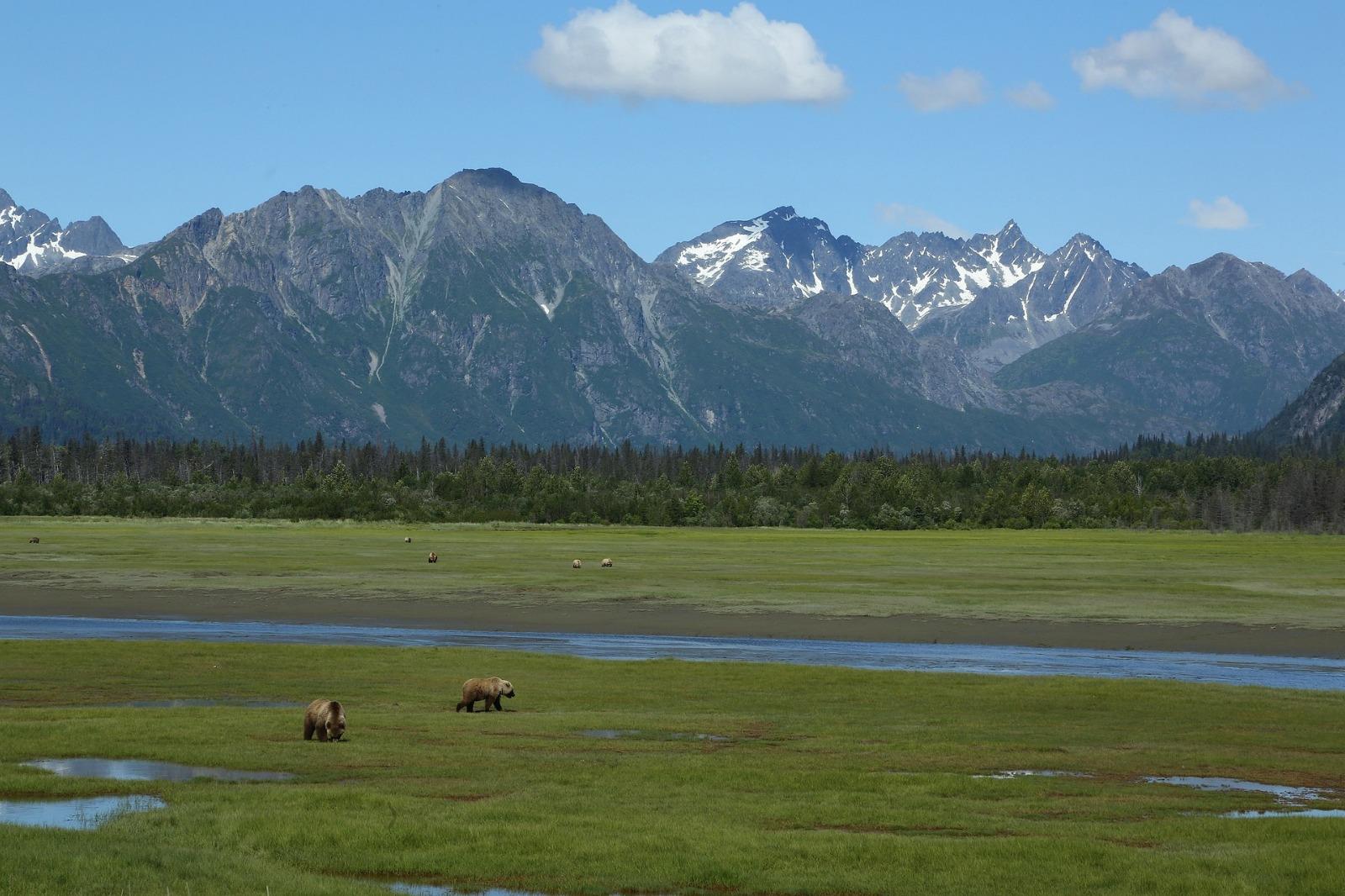 Gates of the Arctic National Park

Gates of the Arctic National Park is a vast landscape of sub-arctic splendor. This park does not contain any roads or trails. Wild rivers meander through glacier-carved valleys, caribou migrate along age-old trails, endless summer light fades into the aurora-lit night skies of winter. It remains virtually unchanged except by the forces of nature.

The solitude. No trails or visitor services exist in the park. You must be self-sufficient. 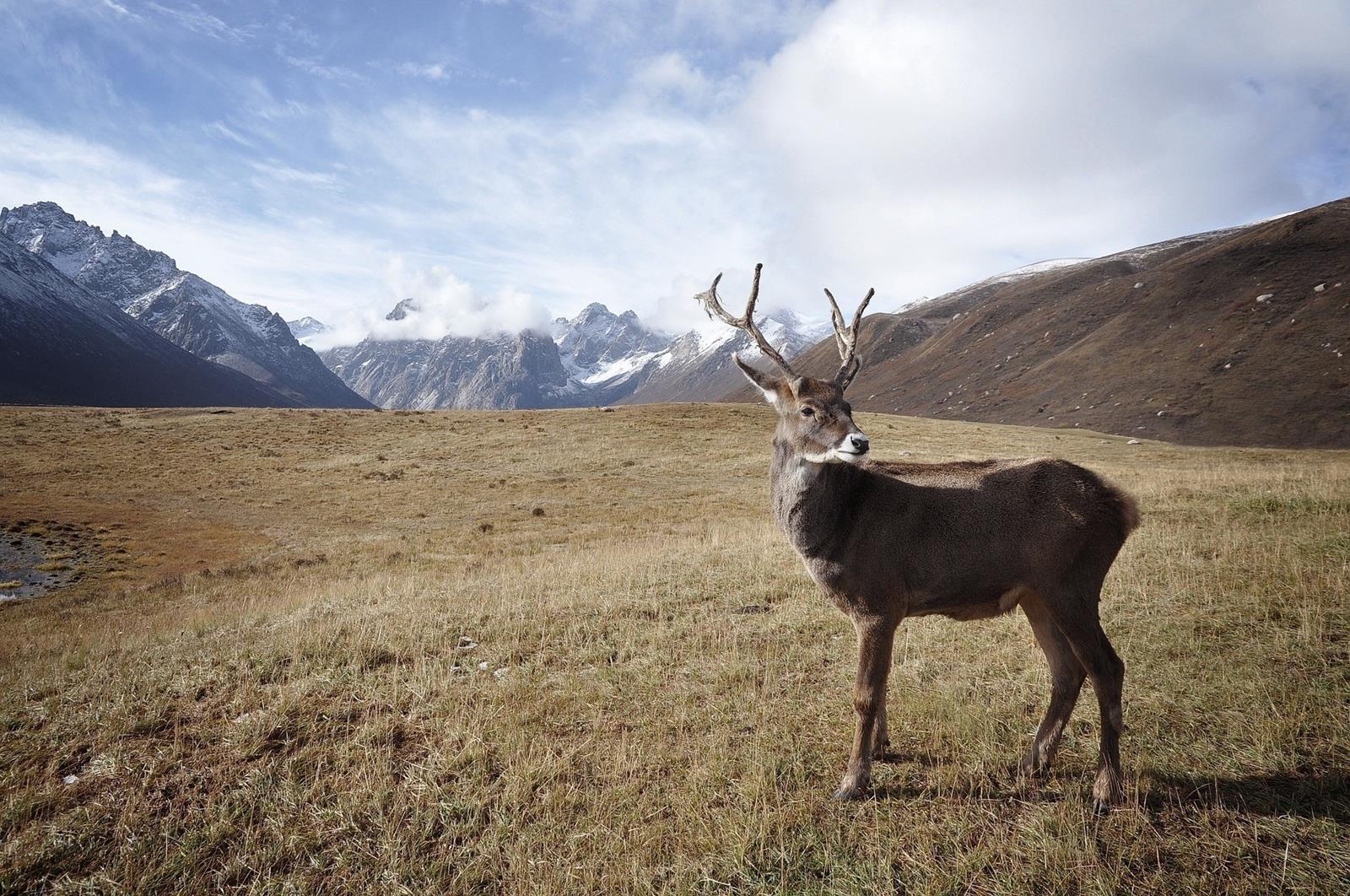 Completely surrounded by the Waring and Baird mountain ranges, this park protects a bevy of sub-arctic geography. The Kobuk River and the Great Kobuk Sand Dunes are the spectacular gems of the park, but there is so much more. A quarter million caribou migrate through the park twice a year – north in the spring, south in the fall.

Onion Portage is a National Historic Landmark on the Kobuk River where people gathered for 9,000 years to harvest caribou as they forded the stream. Today, local Alaskan residents still feed their families with caribou from the river crossing in the fall. 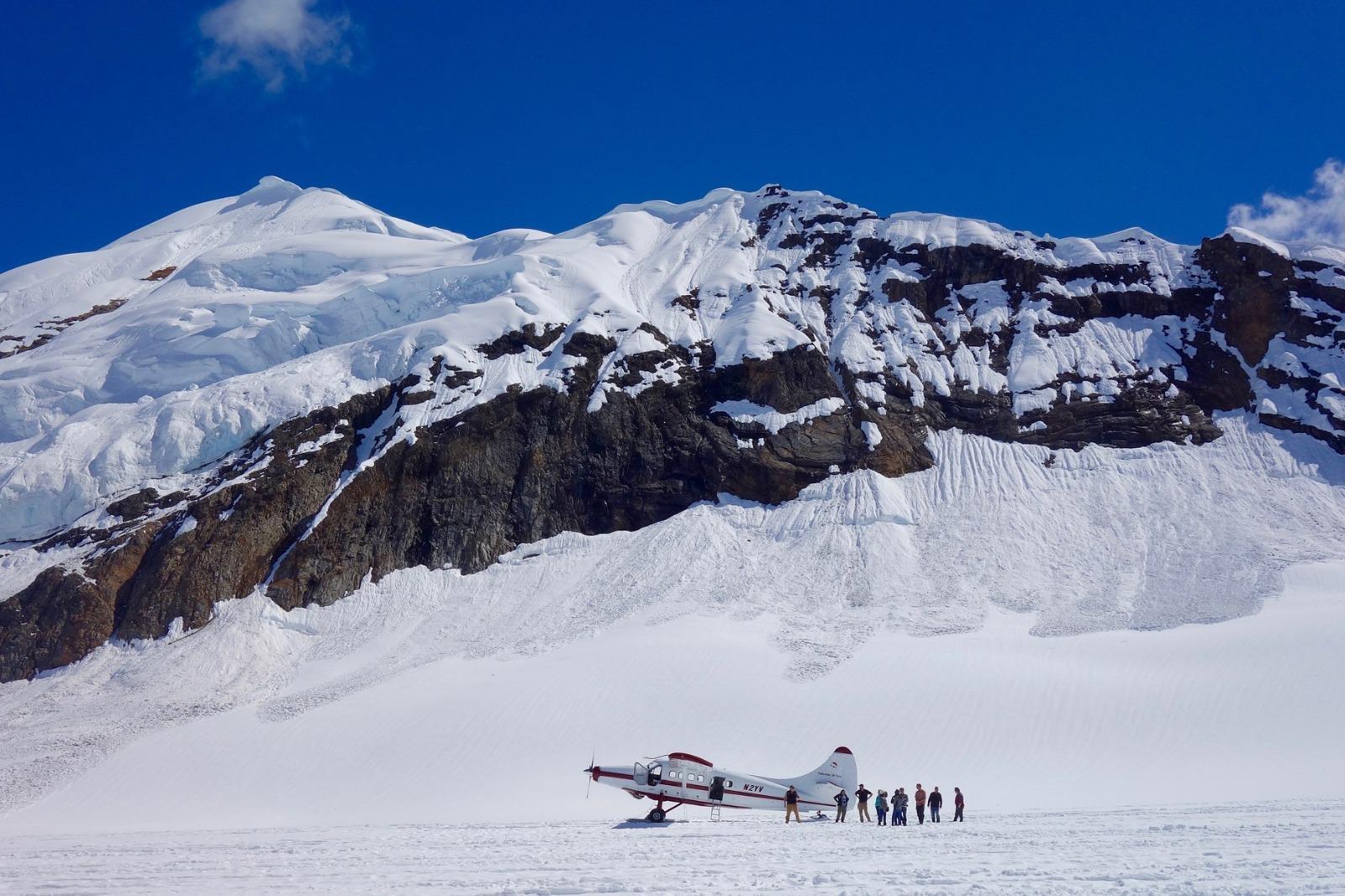 Ahh Denali. In a state of grandness, this park is the feather in the cap. With over 6 million acres of protected land, it truly is a gem of wilderness. More developed than Kobuk or Gates of the Arctic, Denali never-the-less takes a certain amount of planning. There is only one road in the park and private travel is not allowed beyond mile 15; which means you are walking, biking or riding a bus. Not a bad way to see one of the most beautiful places on the planet, but it shouldn’t come as a surprise.

Denali Park Road. 92 miles long, the Denali Park Road parallels the Alaska Range and travels through low valleys and high mountain passes. It is the only road in the park. Along its route, beautiful landscapes are the norm, with Denali making a regular appearance. 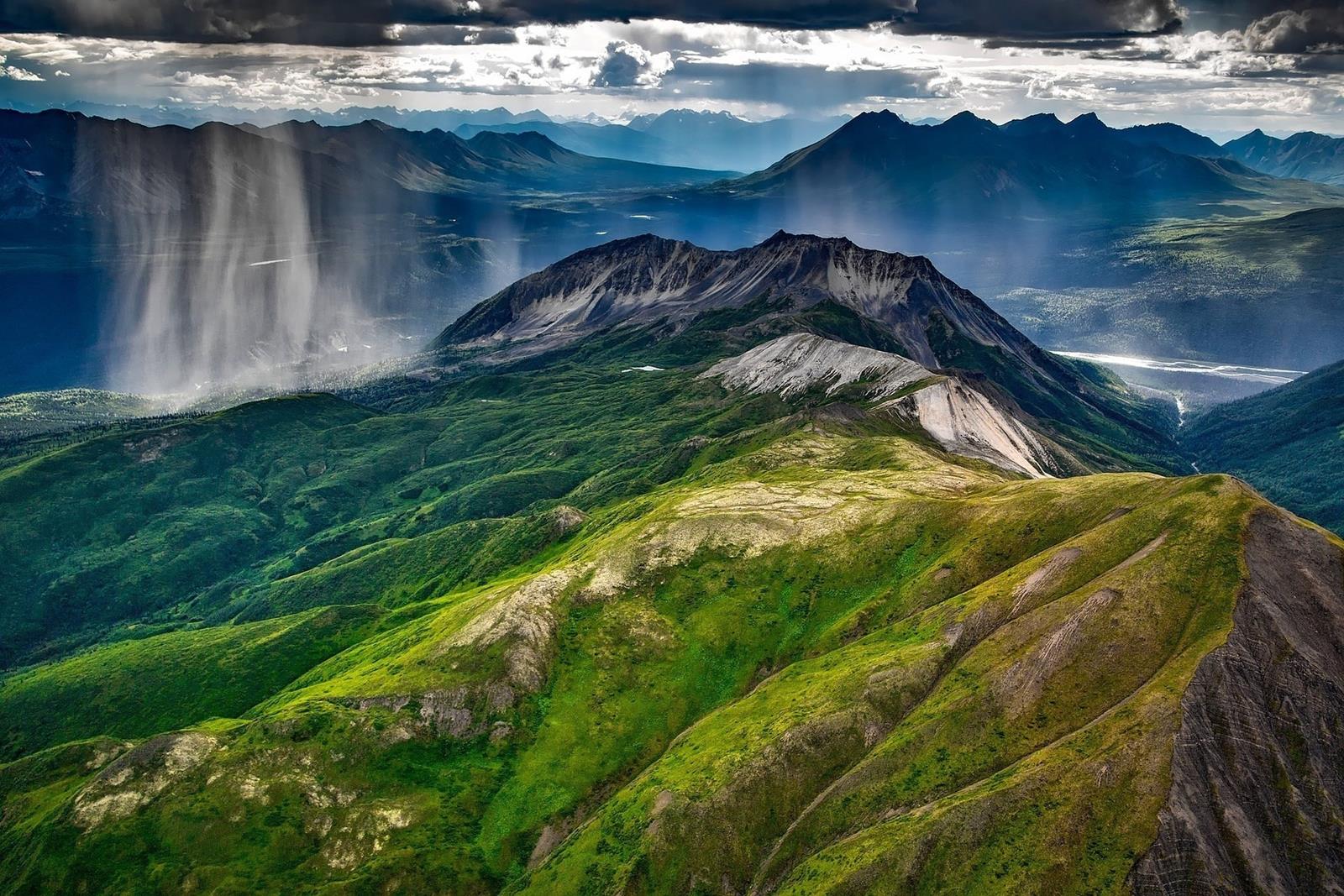 This is the largest of the Alaska national parks and it’s also the largest national park in the United States. How large you ask? Yellowstone large, times six. Follow any braided river or stream to its source and you will find either a receding, advancing, or tidewater glacier. Hike its mountains, float its rivers, ski its glaciers. As with most of the Alaska national parks, travel service and facilities are limited but there are still endless opportunities to explore and discover America’s premier mountain wilderness.

Kayaking. Wrangell-St. Elias offers 155 miles of coast for kayaking. These trips can be hazardous, difficult, and require advance logistics, but they are often the adventure of a lifetime. 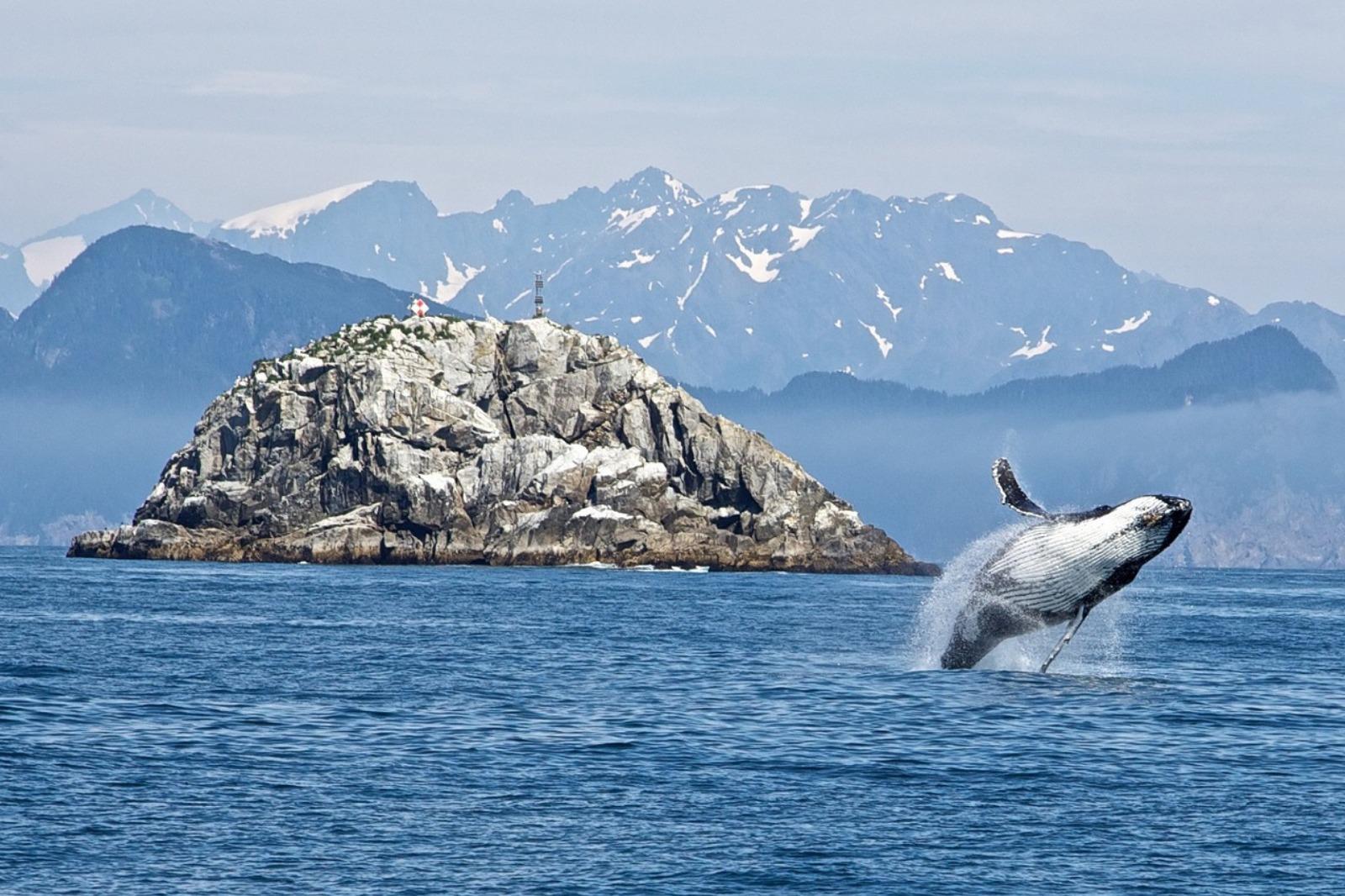 This park is located on the fantastic Kenai Peninsula near the harbor town of Seward. At over 1,000 square miles, the park has plenty of room to stretch your legs, or your arms depending on your passion. On any given day you can be hiking, kayaking, fat biking or cross country skiing; or take the more relaxing route and see the whole park from a tour boat. Nearly 51 percent of the park is ice covered, meaning the sense of wilderness is just as amazing as the photo ops. 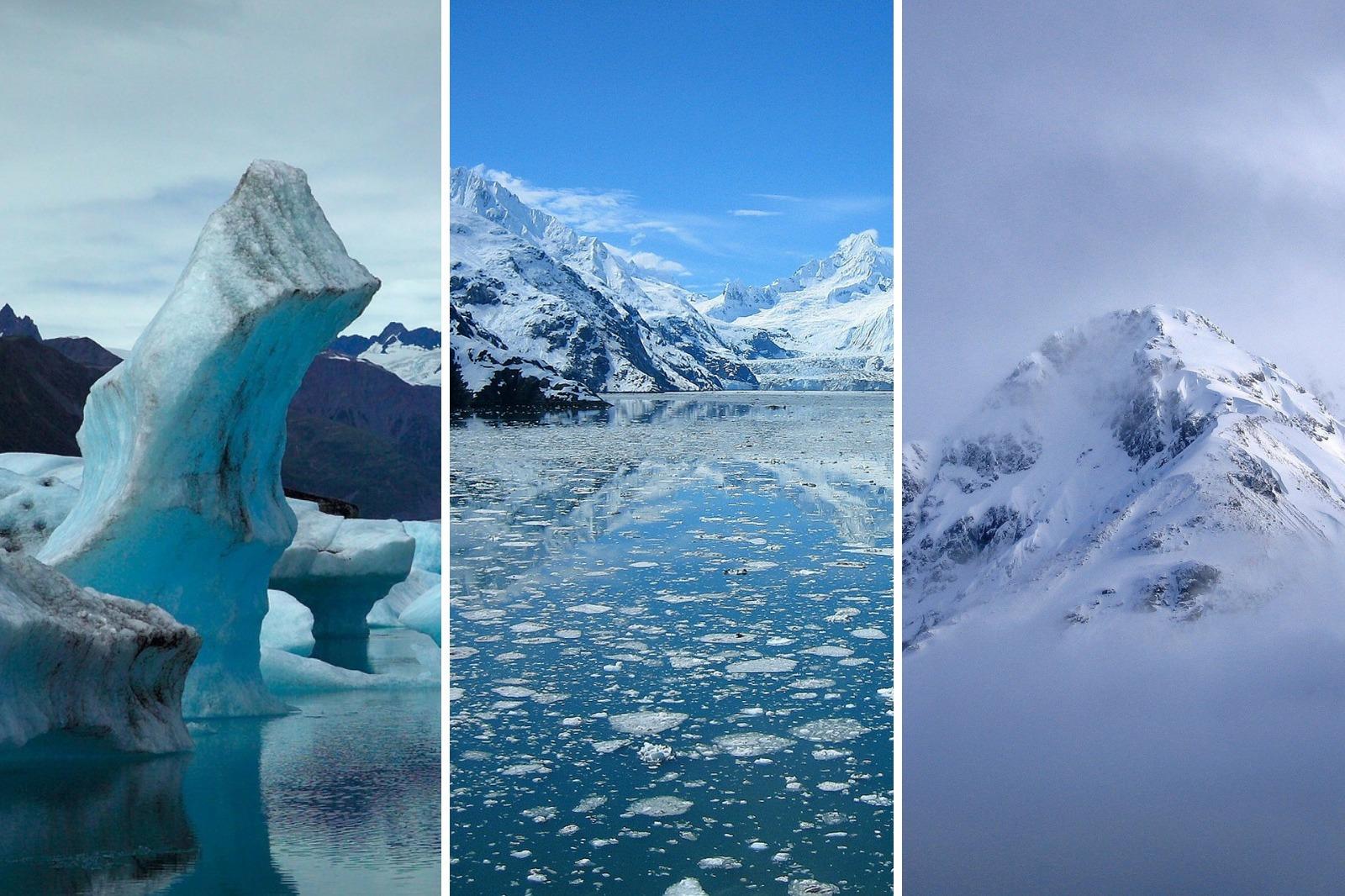 Though the most southerly of the national parks in Alaska, Glacier Bay is still wilderness to the bone. The vast majority of Glacier Bay National Park and Preserve has neither roads nor trails. It is possible for wilderness lovers to spend days in the park’s more remote places seeing no people, nor even signs of people.  And that is just great because that means you get all those snow-capped peaks, temperate forested valleys and long stretches of coast all to yourself. That’s 3.3 million acres of adventure.

White Water Rafting. Rafting the Tatshenshini and Alsek rivers from Canada to Dry Bay in Glacier Bay National Preserve is a world-class float trip on glacial rivers slicing through one of the world’s highest coastal mountain ranges. Whether you bring your own raft, rent from an outfitter, or join a guided trip, you can bring along many of the comforts that kayakers and backpackers must leave behind. 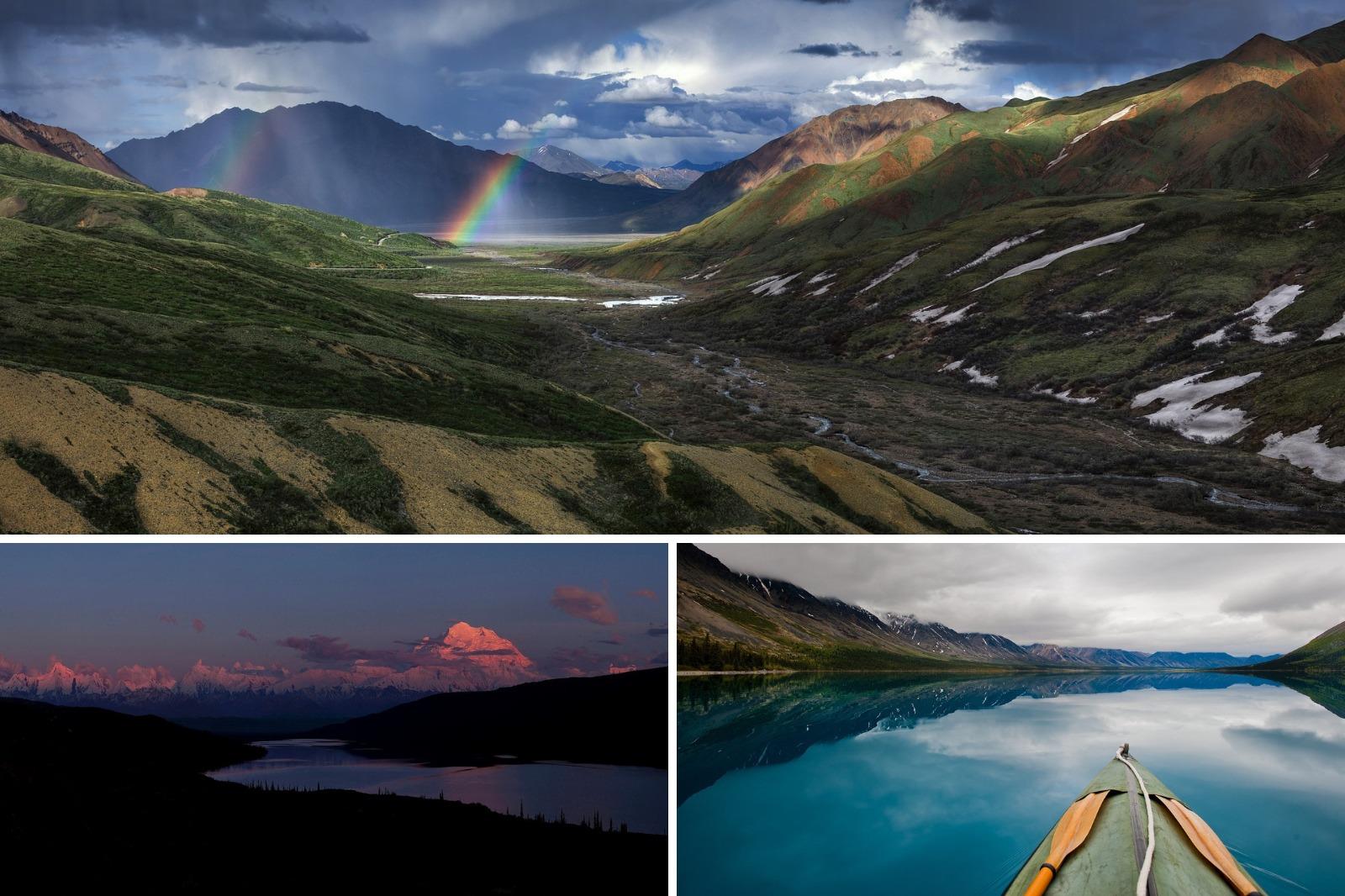 Let’s be up front about Lake Clark; you aren’t going to be driving there. There are no roads here. Traveling to this park requires a plane or a boat, and a little bit of dedication. But what you get in return is well worth the effort. This is Alaska at its best, and it shows in the still steaming volcanoes, the tundra, the mirror like turquoise waters and the endless fishing opportunities. Chances are, Lake Clark National Park and Preserve is unlike any park you’ve experienced.

Everything in Lake Clark National Park. Lake Clark preserves the ancestral homelands of the Dena’ina people, an intact ecosystem at the headwaters of the largest sockeye salmon fishery in the world, and a rich cultural wilderness. Just by making the effort to get to Lake Clark, you become a part of this legacy. 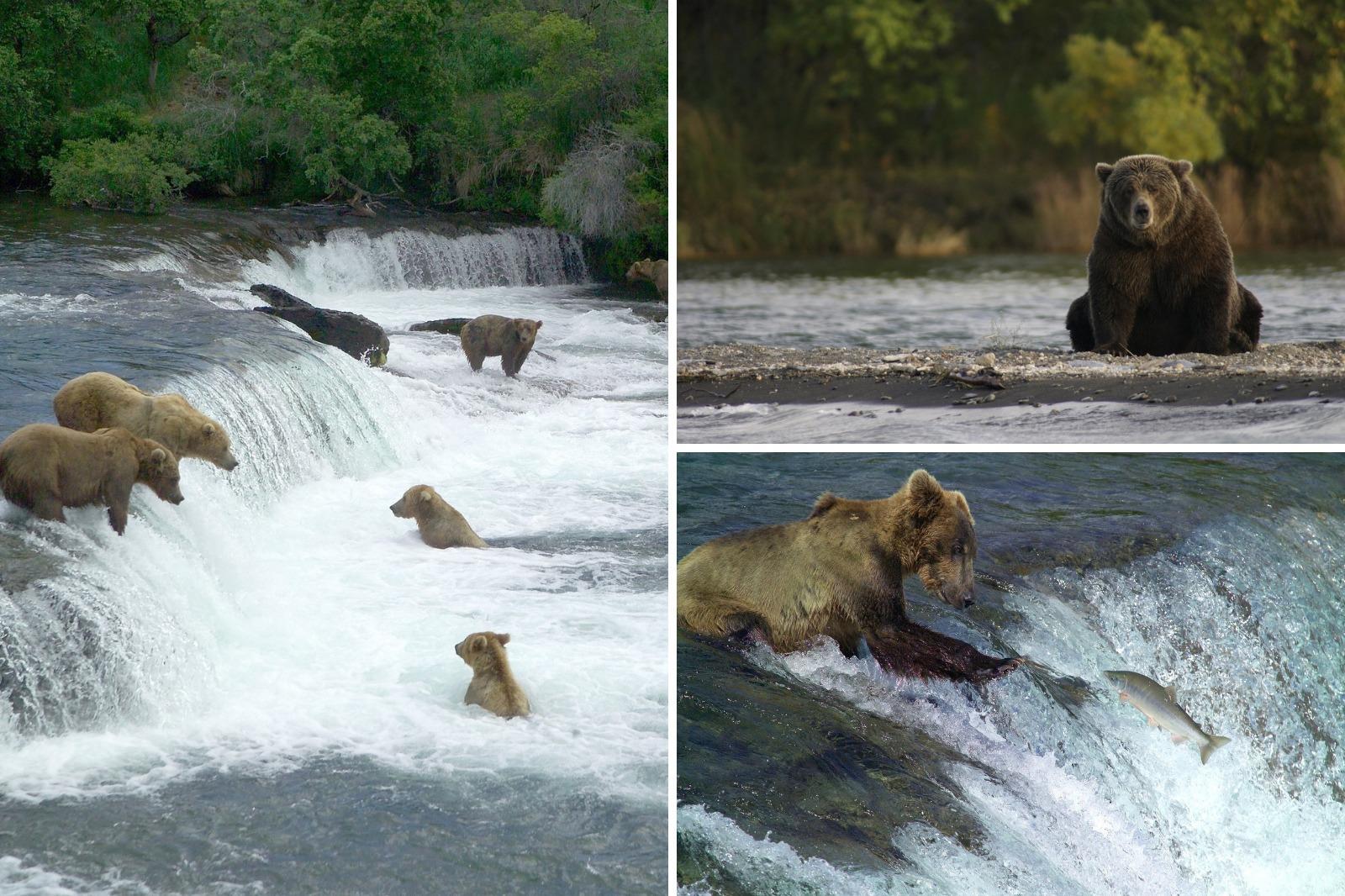 If you want to visit Katmai, you are going to have to catch a taxi. An Airtaxi that is. Once again, if you want to visit this untrammeled wilderness…you going to have to fly or boat. But once again, you are going to be glad you did. Located in what is know as the Valley of Ten Thousand Smokes, Katmai was set up as an extensive outdoor study area for active volcanism. But it’s not just volcano nerds that flock to this remote park. Katmai contains the world’s largest protected brown bear population, estimated to number about 2,200. Those two things, coupled with the extensive opportunities, like hiking, backpacking, camping, backcountry skiing, fishing and kayaking, boat tours and interpretive programs, make any trip to Katmai a memory of a lifetime.

Brooks Falls. Bears are especially likely to congregate at the Brooks Falls viewing platform when the salmon are spawning, and many well known photographs of Alaskan brown bears have been taken there. The salmon arrive early at Brook Falls compared to other streams, and between 43 and 70 individual bears have been documented at the falls in July and an equal number of bears are seen in the lower river in September. 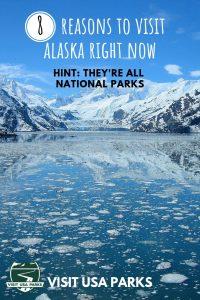 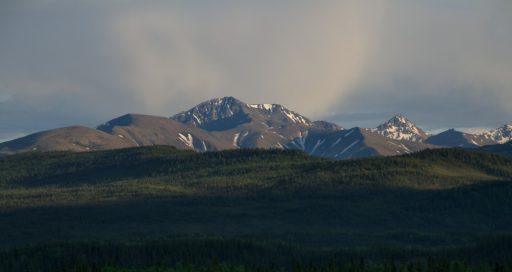 Want to See Denali from the Air? Take an Alaska Scenic Flight Tour!